Kuta in Bali, you can skip it

“Where are you going after Singapore?” I asked the beautiful Dutch girl in front of me, in the common area of the hostel in Singapore. “I’m going to Kuta, in Bali! What about you?” “Uuuh… Me too!!!” 😀 I had absolutely no idea where to go after my visit of Singapore. Actually I knew I was about to go to Bali but I didn’t know where exactly. And before talking with the girl in front of me, I didn’t know about Kuta!

In fact, Imma be transparent with you guys. For a long time, when people were telling me “I’m going to Bali“, I thought it was a city in Indonesia! I found out later that Bali is actually an island with its own cities (Kuta, Ubud, Canggu, Seminyak…). Talking about Bali, the only name I knew was Ubud. So… This girl is talking about Kuta, and I don’t even know the place! But why not give it a try? At least, I’ll know someone there!

Unlike all the other places I visited, this time I didn’t really have the time to prepare my visit of the city properly. But there’s no risk, I cannot make a mistake going there. I’m going to Bali, which means good weather, nice beach, beautiful temples, delicious food and wonderful landscapes! A peaceful town, where I’m gonna watch the locals in their daily routines, right? Wrong!

I should have done my research on the internet beforehand, cause I was quite surprised by this town, and not in the good sense of the word (actually if I had known, I would have followed that girl anyway, but I wouldn’t have stayed for a long time!). When I started doing my research, it was too late since I was already there! I arrived in Kuta in the evening, after facing racism in Singapore during four days. For your information, don’t confuse Kuta in Bali, and Kuta in Lombok, another island in Indonesia. We’re talking about Kuta in Bali!

So… I just made it to Kuta and I already feel like I’m being attacked by all the noise pollution (constant traffic, very loud music outside, police sirens, guys on scooters riding against traffic on the sidewalk…). And I’m not even talking about the impressive influx of backpackers in the street, inebriated and ready to party all night long. Wow that’s far from the peaceful town I was expecting to see. Let’s wait for tomorrow, and see how it goes.

The problem is… it wasn’t getting any better the following days. In fact, Kuta is the place to be if you wanna see Australians, from 18 to 21-years-old, who want to get shitfaced! Nothing wrong with that, I was also partying all night long when I was younger, either in Paris or abroad. But in Kuta, they don’t respect the local population at all! Those backpackers get there, they keep yelling in the street, they toss trash on the floor, they’re completely wasted and they end up spewing on the ground… And I didn’t even mention the fights every night in the street. The low price of alcohol doesn’t really help, tequila shots cost the equivalent of one euro…

Kuta in Bali, in a nutshell, I would say it’s alcohol, drugs and massages with happy ending! There are massage parlors all over the place!!! Kuta looks more like a place of debauchery than a place to party. I know what you’re gonna say “Yeah it’s probably true but there are other places in the world where similar transformations have taken place“. Yeah right, there’s not just Kuta. There’s also Khao San Road in Bangkok, Cancun in Mexico, Ibiza as well… But in all thoses different places, as drunk as the party animals get, they show a minimum of understanding and they respect the locals. In Kuta, the Balinese people are not really respected. Or I’d rather say they’re not respected at all! It’s sad…

By the way, what do the locals say about this masquerade? Actually they cannot really say something since they don’t really have the choice… that’s what bring them money! To feed their families! Therefore, in most of the shops, they’re selling wood carvings of dicks (I have to admit I saw those dicks in other parts of the country, but they were literally everywhere in Kuta!). They also sell stickers that read nasty things (cf. main pic of the article), and supposedly funny T-shirts. Cause yeah, if they sell them, it means there’s a demand! There are people buying this crap! So LOL!

In Kuta, I saw a lot of children going back home after school. Honestly, I don’t want my kids to grow up in this kind of environment. Young teenagers come up to tourists and try to sell them all kind of stuff. In the street, you’ll see stray dogs everywhere. In the street again, some locals greet me and smile at me, it didn’t happen in a long time! In Bali, you’ll notice there’s food left on the ground in front of the temples. I’m not sure but I think the food is offering. I also found that Balinese people look like Burmese people. If you’re into food, here are the best Bali organic food options.

Those are my rare observations of the local life, since Kuta adapted to western culture, not the other way around. That means you’ll find a lot of western shops and stores on the spot. Hungry? You have McDonald’s, KFC, Pizza Hut… Wanna go shopping? You’ll find H&M, Bershka, New Look, Zara… Into luxury brands? Don’t worry, Dior, Chanel, Rolex, Hugo Boss… are there! And if you wanna surf, you can buy your equipment at Quiksilver, Billabong, Rip Curl, Hurley…

We can really talk about mass tourism in Kuta. Since the locals are well aware of what the backpackers want, they keep coming up to us (for a taxi, for a sexy massage, for cheap beautiful girls, to buy weed or mushrooms, to rent a scooter, to buy souvenirs, to take surf lessons…). Anyway… wanna go clubbing to see what it’s like? You have plenty of options, especially on Raya Legian street! The most popular club is the Sky Garden, with its three floors! But there’s also the Soka, the Wet Club, the Viaipi, the Engine Room, the Bounty discotheque, the Paddy’s Pub… All next to one another. But there are also dozens of bars. You get it, this street is extremely loud in the evening, all the commotion is unbearable! 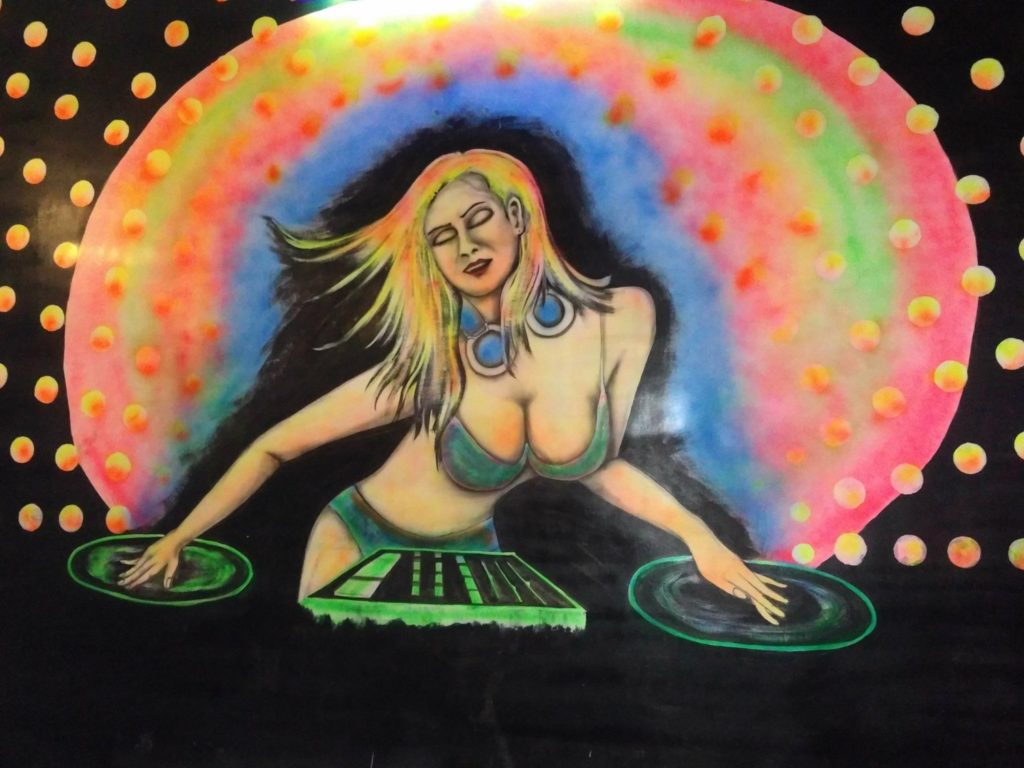 Why does it happen in Kuta? And not somewhere else? First off, flights from Australia are extremely cheap! There are not Australians only, but they represent a vast majority of the backpackers in this town. Also, Kuta is just next to the airport, which means you don’t have to cross the whole island when you get in Bali. And we can say Kuta is a midpoint of the island. Indeed, Kuta is not far from Ubud, from Seminyak, from Canggu, from Sanur (the port from which you can go to Nusa Penida and Nusa Lembogan)… 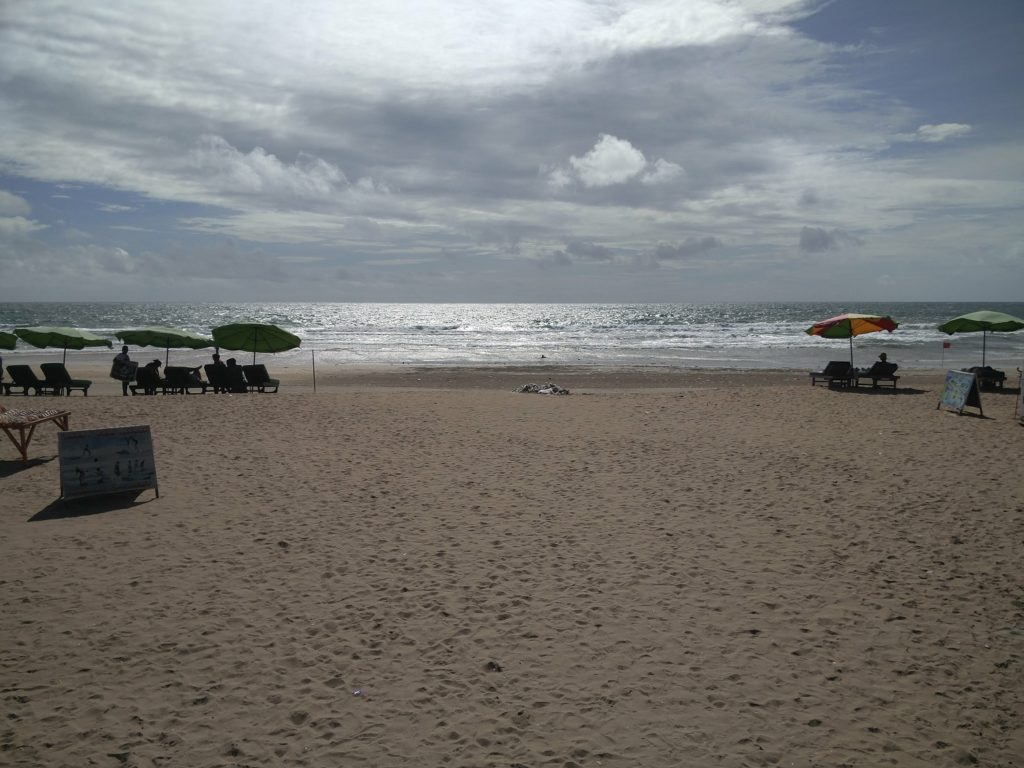 All right… What if I stopped moaning and try to see the good side of Kuta? Cause yeah, Kuta is not hell on earth, there are good things there. First off, staying there is soooooo cheap!!!!!! It’s incredible how low the cost of living is over there. The shock is even bigger when you arrive from Singapore! But even compared to Thailand, Cambodia, Malaysia… Nothing is expensive! You can sleep in a hostel with breakfast for 3 euros per night, you can have your own room, again with breakfast included for 6 euros per night! You can get a good dish for one or two euros! A guy cut my hair and my little beard, and I just paid one euro! And as I said earlier, booze is not expensive at all!

Kuta is also surfers’ paradise! If you’re a beginner and you wanna learn to surf, Kuta is the place to be! Kuta is known for being safe and a great place to learn to surf. If you’re not a rookie, it’s also a perfect place! This explains why locals constantly come up to you for surf lessons on the beach. And that’s the reason you’ll see all those shops selling surf equipment in the city. The problem with Kuta Beach : it’s filthy! There’s trash all over the place… From what I heard, it’s because of the ocean currents, but still…

Unfortunately I don’t have any pictures, but Kuta is also known for its wonderful sunsets. I was on the beach when the sun started to set, and I can tell, it’s beautiful (but I was so absorbed by the sunset, that I forgot to take pictures). You can also have fun at Waterbom, a water park. It’s 327000 rupees to get in (20 euros). I passed by the park several times but I didn’t go (327000 rupees is a lot in Kuta!). Finally, you can go to Tanah Lot, a temple on the water (like the one in Jaipur, India!). I didn’t go…

Yep, you got it when you read the title of this article. Kuta, you can skip it. If you really wanna learn to surf, then why not! If you really wanna party, there are other places in the world, way better than Kuta. You can still go, just to see. Otherwise, there’s absolutely no reason to go there! You’re going to Bali? Go to Seminyak, Ubud or Canggu, three excellent alternative destinations! You need to understand that Kuta is not representative of Bali!