“Where you from?” “From KL” “Huh?” “I’m from KL!” “What’s that KL???” “Kuala Lumpur!!!” “Oh sorry I didn’t know the term ‘KL’!” The first time I heard the term “KL”, from what I remember I think it was in Eastern Europe. I thought that was how cool people were calling Kuala Lumpur, the capital of Malaysia. But actually no, KL is a term used by almost everyone to name Kuala Lumpur, the Malaysian capital. And it’s time to do tourism in the city. 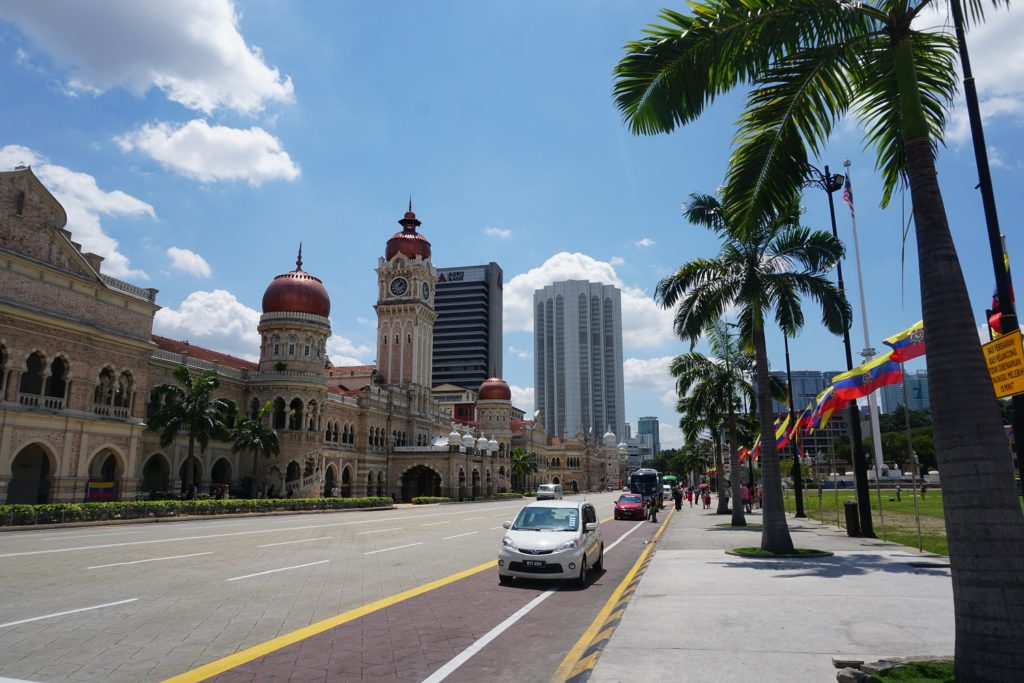 I already talked about it in my article about Langkawi, Malaysia is a more developed country than its neighbors in Southeast Asia (Laos, Vietnam, Cambodia, Indonesia…). Therefore I was expecting a megalopolis with people everywhere, bustle in the streets… Yes, needless to say, it’s a big city (especially when you compare it to George Town). But it wasn’t the chaos I was expecting. For instance, I thought Kuala Lumpur wasn’t a big mess like Bangkok (which is, admittedly, bigger and more densely populated).

I already noticed but a Malay girl told me something about KL when I was in Luang Prabang : there are three main groups in Malaysia and especially in Kuala Lumpur. The Malay of course, the Chinese who are almost as numerous as the Malay in the capital, but also the Indians! There’s a big Indian community in the capital, I didn’t know! Oh and on a side note, for the first time, I met two guys coming from Yemen.

In Malaysia, people have an excellent level of English, I was very surprised. Maybe because Malaysia was a former British colony (Malaysia is independent since 1957), but really, they speak very good English. Malaysia is probably the country where the level of English is the best in Southeast Asia (with Singapore). Nothing to do with the other countries, where most of the locals speak a broken English ’cause they have no choice, they have to speak English to be able to communicate with the locals and make money.

By the way, from what I heard, Malay are known for being lazy in Southeast Asia… Maybe because they don’t need to get money from the tourists as much as the neighboring countries, I don’t know… Anyway, while I was in Kuala Lumpur, I saw for the first time McDelivery, you know the home delivery service of McDonald’s. KFC has the same thing in KL. 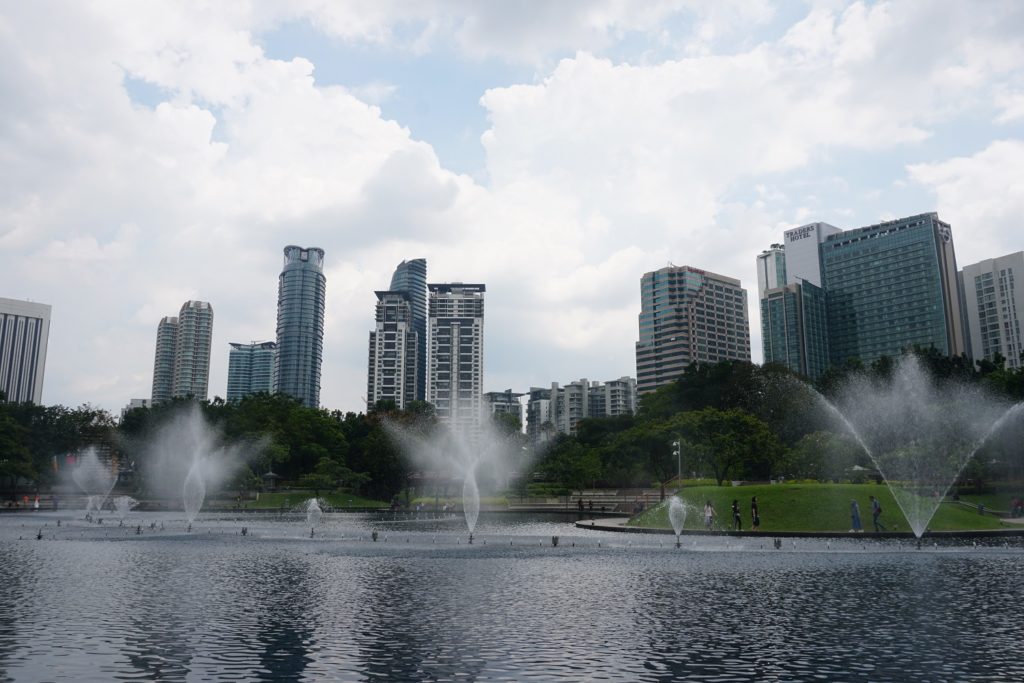 So I came here to do tourism in Kuala Lumpur but I ended up not really visiting the city like a regular tourist. Indeed, I almost spent the entirety of my stay in Kuala Lumpur with a local girl I met in Luang Prabang, Laos. It already happended in Iran, and once again, I lived more or less like a local. That means I didn’t go to all the “unmissable” in the city.

Another tower is the pride of the city, the Kuala Lumpur Tower. This tower is almost as tall as the Petronas Towers, it’s 421 meters high (1381 ft.), and it was inaugurated in 1996. The Kuala Lumpur Tower is also used for television and radio broadcasting. Like the Petronas Towers, it’s possible to get on top. From what I heard, the view is great, when the city’s not too polluted. You’ll have to pay 105 ringgit (21 euros) if you wanna go all the way up.

Not exactly in Kuala Lumpur but very popular, the Batu caves. It’s a hill with a series of caves, some of them big, others smaller, and it’s actually a Hindu sanctuary. You’ll see many statues and Hindu paintings, and the Batu caves is actually a place of pilgrimage and a place of gathering of Hindu in the area. I heard so many good things about the Batu caves before getting there, but thruthfully speaking, I was a bit disappointed. The Batu caves are visited quite fast but above all, it’s sooo crowded! You’ll find all the info at the end of the article to get there. It’s free to get in there.

Don’t forget Malaysia is a Muslim country. You’ll see many mosques in the country. A very beautiful one you have to visit is the Jamek mosque of Kuala Lumpur. It’s one of the oldest mosques in the city (it was built in 1909). You can get in there freely but don’t forget to take off your shoes. Just next to the mosque, take some time to admire the Edifice Sultan Abdul Samad, wonderful! You can also visit the national mosque. It’s open to the public at fixed hours for the non-Muslims. Usually from 9 to noon, then from 3 to 4 or 5:30 or 6:30. I got there a Friday at noon on the dot, they didn’t let me in and I didn’t go back… If you go there, they’ll give you a gown you’ll have to wear to get in.

You can also visit Indian temples, you have plenty of options! The most famous is Sri Mahamariamman, where you’ll have to pay 0.20 ringgit (0.05€). You have to take off your shoes and pay the lockers… Like every city in Southeast Asia, there’s a central market (indoor and outdoor) where they sell everything : clothes, souvenirs, toys… You can also go to the Islamic Art Museum (it’s 14 ringgit -3 euros-), have a walk in the botanical garden, and see Tugu Negara, a war monument next to the botanical garden.

Like several other capitals of Southeast Asia, many travelers told me it was useless to spend more than two days in Kuala Lumpur. I have to disagree. I didn’t think staying there was unpleasant (yeah I was with a local girl), but really it’s not the hustle and bustle of Bangkok or Hanoi. Don’t miss it!