Chiang Mai, located in the north of Thailand, is known for being the world capital of digital nomads. But… What is a digital nomad? Someone who has the luxury to work from anywhere in the world, as long as the person has a laptop and an internet connection. Among other jobs, digitial nomads are developers, graphic designer, writers… They work for clients they never meet in person. Everything happens online.

Therefore those digital nomads can work from home (in the US, in the UK, in France…), or anywhere in the world since as I said it, everything happens online and they never meet their clients. So… Where do the digital nomads settle in? In places where the cost of living is lower than in their hometown. You’ll meet many of them in Berlin, Germany, in Medellin, Colombia, or in Ubud, Indonesia. But there’s one city where they’re way more numerous than anywhere else in the world : Chiang Mai, in the north of Thailand! 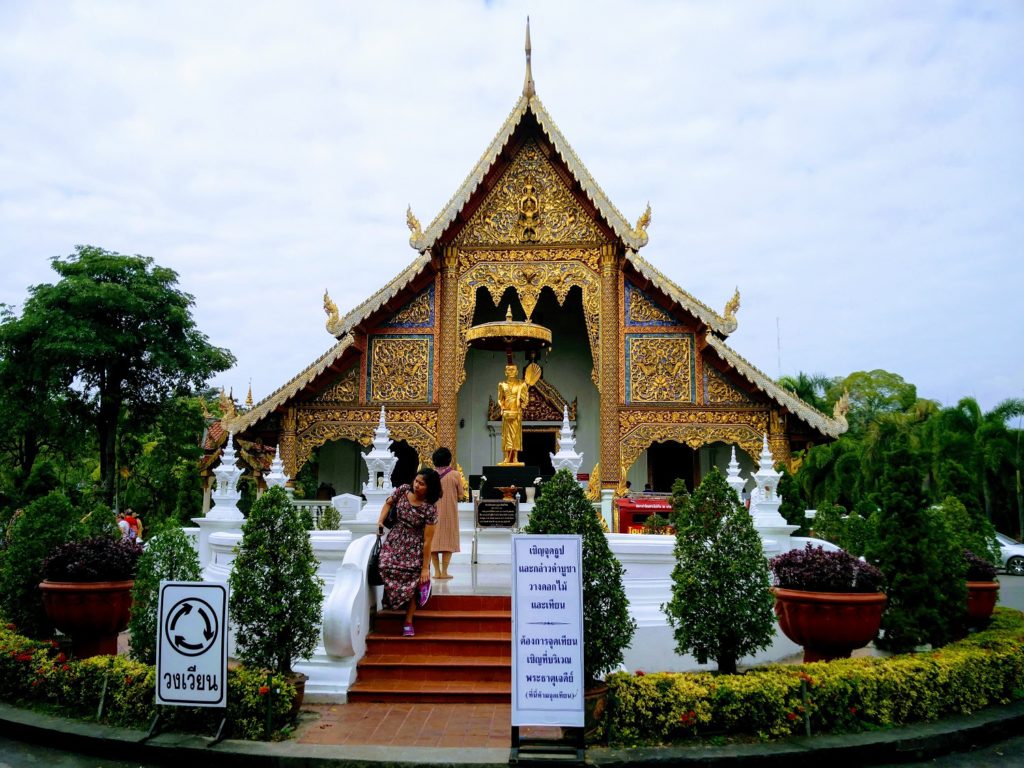 Indeed, I met a lot of them during my stay in Chiang Mai! Most of the digitial nomads I met were from the US, the European people I met were mostly travelers. Yeah, there are many Westerners here. I thought Myanmar was invaded by tourists, but it was nothing compared to Thailand. Around me, I can hear French, German, but also English, Spanish, Italian…

Thailand is clearly more developed than Myanmar, and it’s also a lot cheaper! I had a good meal for 30 baht (0.75€) in Chiang Mai! Like Myanmar, they give and take money with their two hands, slightly bowing their head. It’s a form of respect. I ended up doing the same thing during my whole stay in Thailand.

In Thailand, they’re used to see tourists. I’m a regular person again (unlike Myanmar, where they wanted to get a picture with me). It’s a bit paradoxical, there are more travelers but it’s harder to meet people. People come here together, in groups already formed, and the solo travelers like me… end up staying alone. It was a lot easier to talk to travelers in Central Asia, Nepal or in Myanmar. 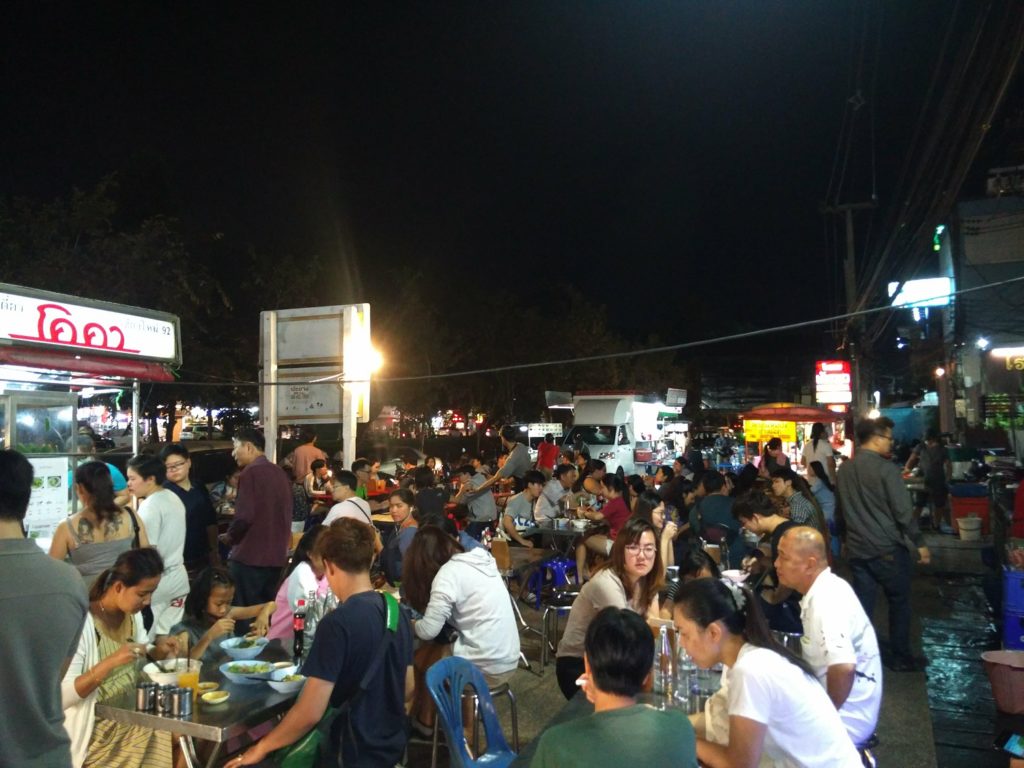 So here I am, discovering Chiang Mai, enjoyable city and cheap. One of the first thing I noticed : there are 7-Eleven all over the place (we don’t have 7-Eleven in France). Like the UK, they drive on the left side of the road, so you have to be careful, it often changes depending on the country in Southeast Asia. Oh and there are massage parlors everywhere! Not only you’ll see many 7-Eleven and massage parlors, but you’ll also notice all the agencies proposing plenty of activities for travelers : zipline, rafting, thai cooking class, safari, bungee jumping… Chiang Mai is also known for being the city of yoga.

There are activities but also parties! Chiang Mai is a city with many bars and clubs! Spicy is probably the most popular club, but Bubbles is also famous. There are black people in Chiang Mai, and unsurprisingly, one evening, we all ended up in the same bar playing hip hop music (Corner Bistro on Fridays). It’s sad to say, but there’s an area filled with hooker bars. For those who are curious, it’s on Loi Kroh Road. You’ll see Westerner guys, in their sixties (sometimes even more!), playing around with young Thai girls in their early twenties…

All right you can go bungee jumping if you want to, you can party all night long if you want to, but there are also tourist attractions. The emblematic place of the city is Wat Doi Suthep, a temple located in the heights in the north of the city. It’s a sacred site for Buddhist Thai, and you’ll see many locals and monks communing with themselves. This temple, built in 1383 “represents” the city. If the temple is in a good condition, then the city and its inhabitants will be fine. But if it’s damaged, then the city will face problems soon. I strongly recommend you to go early in the morning. The earlier you go, the less crowded it will be. At 10am, it’s already too late, the temple is packed! Officially you have to pay 30 baht (0.75€) to get in. If you use the stairs on the side just before the entrance, then it’s free.

Wat Phra Singh is another Buddhist temple located in the heart of the city. The construction of this temple began in 1345, and it’s still here today! Once again, you’ll see many locals communing with themselves, and also monks.

There’s also a zoo in Chiang Mai. To be really honest with you, initially I’m not much into zoos. Even if animals are usually well treated, I feel like it would always be better if they were living their natural environment. So usually I don’t go to zoos. But it was on the way back from Wat Doi Suthep and I had time… I guess you know what a zoo it is, a place where you see many “exotic” animals. And in this zoo, I saw tigers, lions, rhinos, swans, ewes, monkeys, parrots, kangaroos… As expected there are many families and kids in the zoo. It should take about 3 hours to visit it. The standard ticket costs 150 baht (3.75€). But if you wanna see pandas, you’ll have to pay an extra 100 baht (2.50€). Otherwise there’s an aquarium in the zoo (I didn’t go…). The ticket for the zoo annd the aquarium costs 520 baht (13 euros).

In Chiang Mai, there are many other temples (like Bangkok!). I also visited Wat Phan On and its gardens, and other temples but I forgot the names. Like anywhere in Southeast Asia, there’s a night market, selling clothes, food… Check it out! I also went to the Thanin market in the north of the city. The vibe is very “local” and the prices sooo cheap (again, I had dinner for 30 baht, less than one euro!). You can see Tha Phae Gate, which was the entrance door of the old city of Chiang Mai. Many bars and US food (Starbucks, McDonald’s…) around the gate. Finally, you can relax at Nong Buak Hard Public Park.