Bangkok! I don’t even need to introduce Bangkok to you! It’s the capital of Thailand and… what a capital! ALL the travelers/backpackers/tourists I met in Southeast Asia, either in Laos, Vietnam, Cambodia or elsewhere… stopped by Bangkok. Sometimes just for a day, sometimes for a few days but everyone stopped by this city! Bangkok is the place where I started my holidays in Thailand back in 2012, and at the time, I met a lot of people backpacking Thailand, just stopping by this megalopolis for a few days. 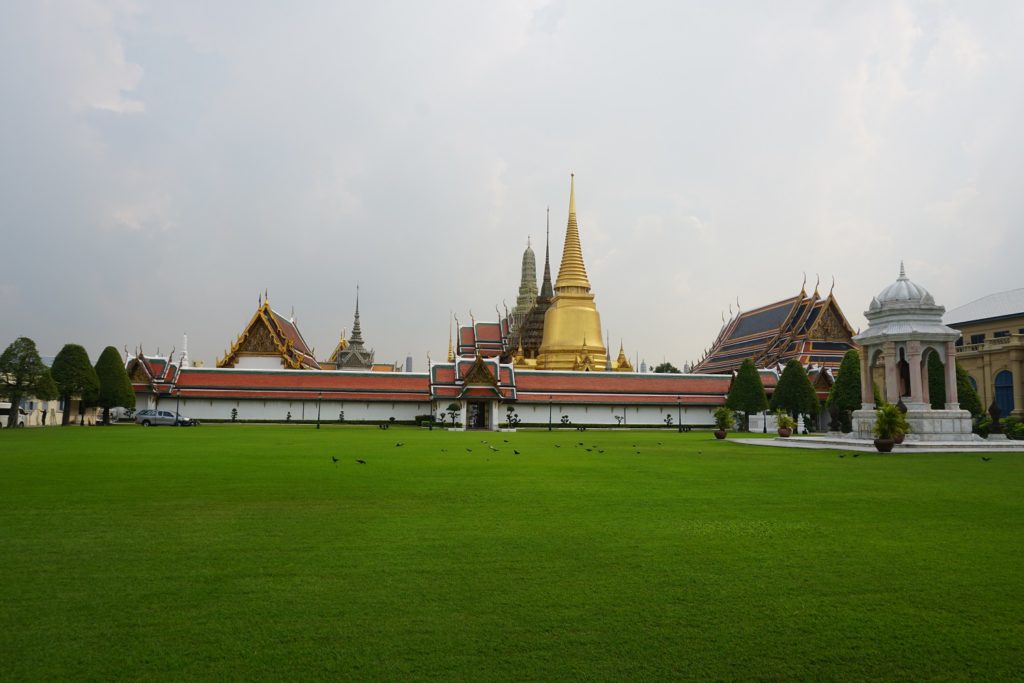 But this time, I am the backpacker, and I’m gonna rediscover this big city. When I went there a few years ago, many people around me told me the exact same thing, a few days before leaving Paris “You’ll see by yourself, Bangkok sucks! Don’t waste your time, so please don’t stay there! One day is enough, then just head to the south to chill in the islands!” I believe what I see. Therefore, despite all opposition, I decided to stay several days in Bangkok, before heading elsewhere in the country. To form my own opinion. And I remember I didn’t think it was as bad as what people had told me!

Yeah Bangkok is a big city (logical, it’s the capital!), yeah it’s crowded and there are many cars, yeah it’s polluted and not very clean (like Tehran or New Delhi), but I thought Bangkok had its little thing : the street food, the temples, the locals quite nice, a specific vibe… There’s even an abandoned airplane graveyard hidden in the city! Maybe I was pleasantly surprised after all the bad things I heard, I don’t know… Whatever it is, I wasn’t unhappy to go back (otherwise I wouldn’t even go!), and it was time to visit Bangkok again, but this time from a new angle : the one of an experienced backpacker! 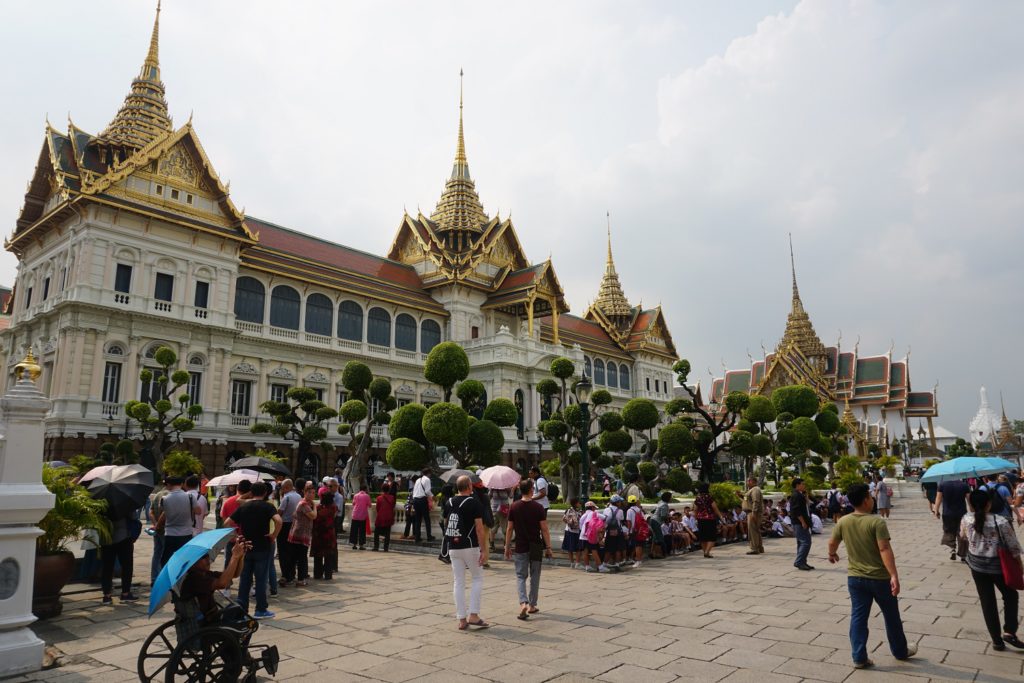 Still, I was a bit skeptical. This time, I wasn’t on holidays, I was traveling. I’m more experienced when it comes to travels. And I still meet maaany travelers telling me they’re just staying one day in Bangkok because “it’s crap, and we don’t like big cities. We prefer the beach and paradise islands“. I may change my mind with all the experience acquired now, and maybe I won’t like it anymore… 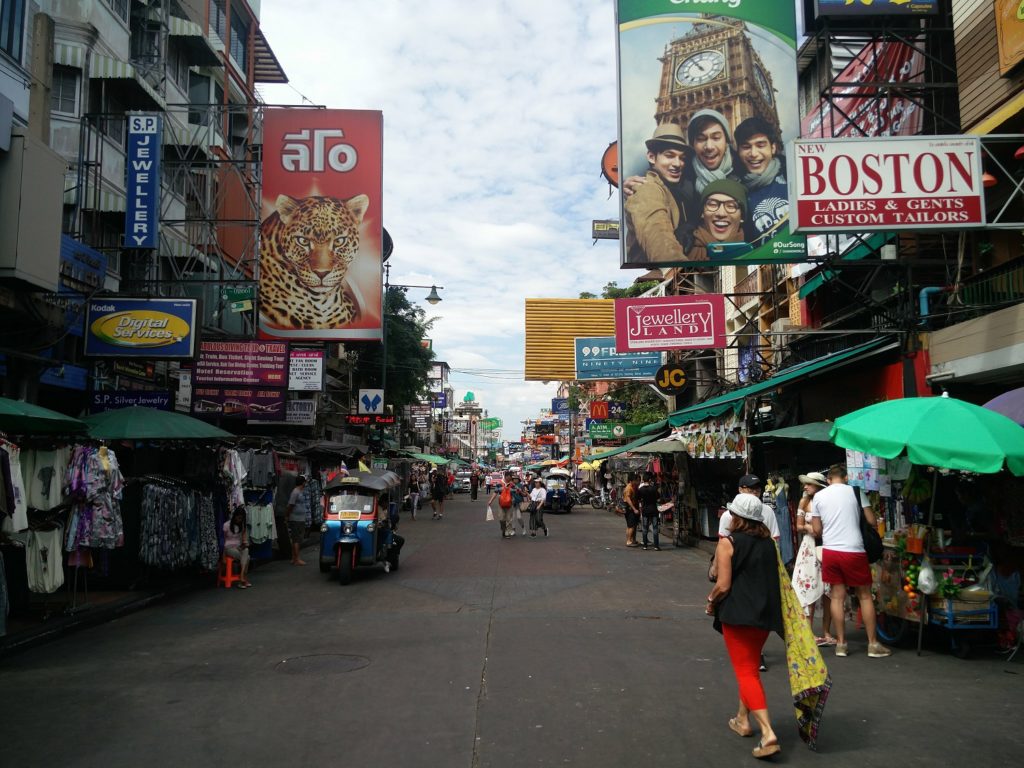 But actually it was ok. Bangkok is not a perfect city, but it’s definitely worth a look around. There are beautiful temples spread all over the city, you eat well, life is cheap, like almost everywhere in Southeast Asia, and it’s possible to party and meet people if you want to.

Oh, while we’re at it, let’s talk about it, parties! For those who’ve never been to Bangkok, you need to know there’s one place where all the party animals go : Khao San Road! A long street with bars next to one another, alcohol galore in this street, clubs, very loud music, fast foods ready to greet drunk people at the end of the night, those who wanna soak up alcohol with a burger. There’s also drugs, and of course Thai hookers… Honestly, I didn’t manage to stay there for a long time, the music is extremely loud! I still don’t know how I did before to stay ’til very late there…

I think the best thing to do is to get away from Khao San Road, and see what I can visit elsewhere in the city. To get around, you can walk of course, take the subway or a tuktuk, like Indiaor Sri Lanka! But be prepared, you can bargain over EVERYTHING there, and at first, you don’t always have the reflex to do it. A tuktuk driver gives a price? Do not hop on without a reaction, there’s always room for negotiation! Just do it out of principle! You’ll quickly realize that everything is negotiable! There’s also Grab, their Uber in Southeast Asia, or the taxis (take a taxi with a meter only! Avoid the travel scams!). 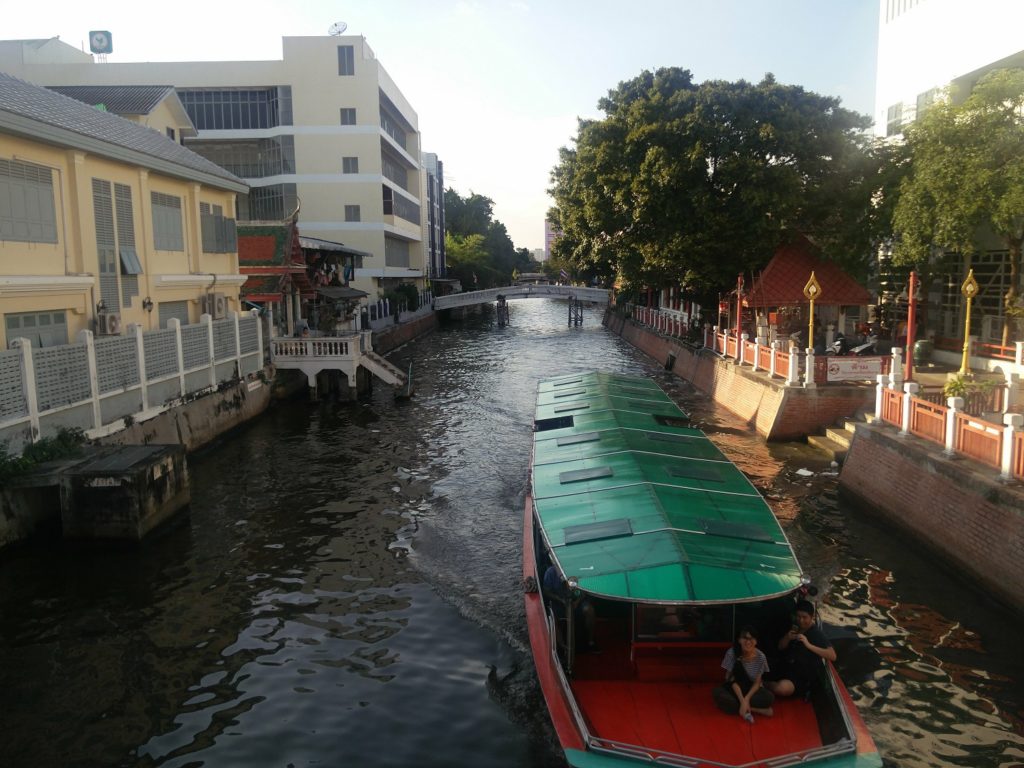 So… What to see in Bangkok? As I said, there are temples spread all over the city, the options are endless (a bit like Myanmar!). The most visited temples are Wat Pho and Wat Arun, especially because they’re both located close to the the Grand Palace (Royal Palace). Contrary to what you may think, the royal family doesn’t live in the Grand Palace, and it’s not possible to get in the buildings. Still, the Grand Palace is one of the most “visited” places in Bangkok. It’s impressive to see this architecture from your own eyes. However, visiting the Grand Palace is the first thing you should do in the morning, when it’s not too crowded. In the afternoon, it’s just horrible! Big groups of Chinese tourists invade the place, and it gets really hard to move! So… Just go early! It’s 500 baht (12.50€) to get in.

Wat Pho is just next to the Grand Palace. It’s one of the largest and one of the oldest temples in Bangkok. This temple is especially known for its famous reclining Buddha, 46 meters (141 ft.) long and 15 meters (50ft.) high. So big that it’s difficult to take a good picture of it! It’s 100 baht (2.50€) to get in.

Not far, across the river, there’s also Wat Arun, another temple. This time, you’ll find stairs and it’s possible to get on top to have a view of the city. It’s a very beautiful temple, and I really recommend you to go see it. It’s 50 baht (1.25€) to get in. Wanna know more? Here’s a complete Wat Arun guide.

I told you, there are many temples in Bangkok. Another one I visited is Wat Saket, also called the Golden Mount. This temple is located in the heights of the city. To reach the temple, you’ll have to face 344 stairs. No problem, going up is very fasy and easy. It’s gonna take 10 minutes maximum. Once again, once you’re on top, you have a view of the city. It’s 20 baht (0.25€) to get in.

All right all right, there are not just temples in Bangkok! You can also take a tour on a boat, and ride the Chao Phraya river. You can get in and get off the boat a bit everywhere in the city, next to the river. I took the boat next to Wat Arun, and I got off a bit further. The boat ride is enjoyable, and only costs 50 baht (1.25€).

You can also check out a floating market. Those are the markets where the locals sell you stuf (usually food) from their canoe, on the water. I went to the Taling Chan floating market, but there’s also the Khlong Lat Mayom floating market, apparently less touristy. You’ll see many locals at the floating markets, the food is good there, and needless to say, it’s cheap!

If the weather is nice, you can also chill in Lumpini Park. In this big capital, where there’s a lot of noise and traffic, a little bit of calm doesn’t hurt. You can see locals playing sports, relaxing, cycling… Enjoyable moment!

Unlike what people who don’t like Bangkok say, there are many things to do there! There are not only all the places listed above, but also many other temples : Wat Benchama, Wat Traimit, Wat Kalayanamit and other ones… Oh, you can also have a walk in Chinatown, where it’s possible to eat good food for almost nothing.

I did it in 2012 but not this time : those who are interested can watch a Muay Thai fight. It’s impressive to see! The locals bet money on their protégé, and they get excited during the fight! Go to Rajadamnern thai boxing stadium, the best place to watch a Muay Thai fight! If you wanna go shopping, you need to go to a mall! They’re numerous in Bangkok! The most famous is MBK, but there’s also Paragon, Terminal 21, Central World…

In Little India, there’s Emporium, a mall selling many Indian products : mostly decoration and fabric, but there are also Indian restaurants. Finally, you can visit Jim Thompson’s house. Jim Thompson was an American spy who mysteriously disappeared in March 1967. You have to leave your bag at the lockers, and it’s forbidden to take pictures inside. It’s 150 baht (3.75€) to get in.