Luang Prabang, Vang Vieng, Pakse, Thakhek… Only Asian-sounding city names! And then Vientiane, a city name sounding way more Western! How come? Very simple, Laos was part of Indochina, this former French colony. At the time Vientiane was calle Viang Chan, but the frenchies found it difficult to pronounce the name… So they “frenchified” Viang Chan, and it became Vientiane. After the independence of the country, they kept the name Vientiane. 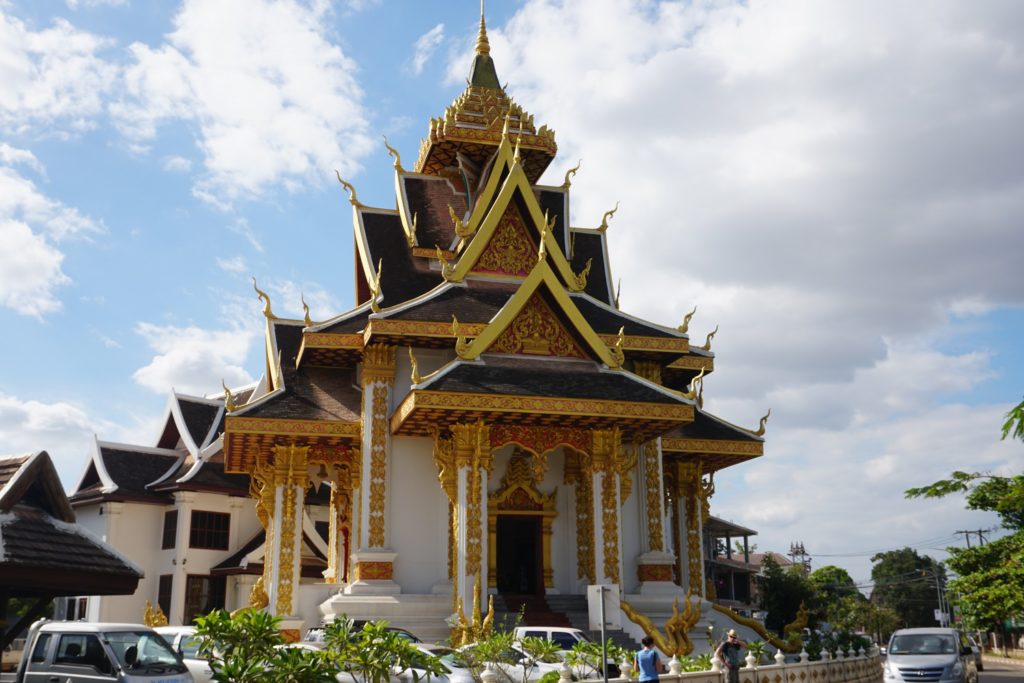 Here I am in the capital of Laos, Vientiane. Those kind of cities where I often heard the same thing before getting there “Just spend one day there, it’s useless to stay longer, there’s nothing to do in the capital of Laos“. People already told me the same thing about many places I visited before (I’m especially thinking about Bangkok), however there were things to do. But this time, let’s admit it, Vientiane is not a must see in Laos. I spent a few days there but indeed, a whole day is enough, since there’s not much to see…

In Luang Prabang, visiting the temples and the Kuang Si Falls kept me busy. In Vang Vieng, it was the tubing and the parties. But Vientiane is calm. Very calm. You don’t even feel like it’s a capital. The city is known for not having many cars and indeed, the traffic is moderate. From what I heard, a few years ago, there were almost no cars but things change, more and more locals buy one now.

The French influence is still very present in Vientiane. You’ll see bakeries all over the place, and the baguettes are very good. Signs are in Lao and in French. And you’ll see many French restaurants (a bit expensive) : le banneton, la cave des châteaux… You also see many terraces, especially around Fa Ngum quay. I insist on the terraces because this is something we don’t see often in Southeast Asia.

Visiting the city, I realized that there are many ladyboys. You expect to see them in Thailand, a bit less in Laos but they’re also there, present! Ans quite numerous. Even daytime, you can spot a lot of them outside. And needless to say, you see them again in the evening in the bars, the clubs, etc…

If you wanna stop by Vientiane during your stay in Laos, I recommend you to visit the Pha That Luang and its huge golden stupa. It’s a sacred buddhist monument in Laos, and it’s wonderful. The Pha That Luang supposedly houses a small part of Buddha’s sternum, dating back to the 3rd century BC. It’s 10000 kips (one euro) to get in. 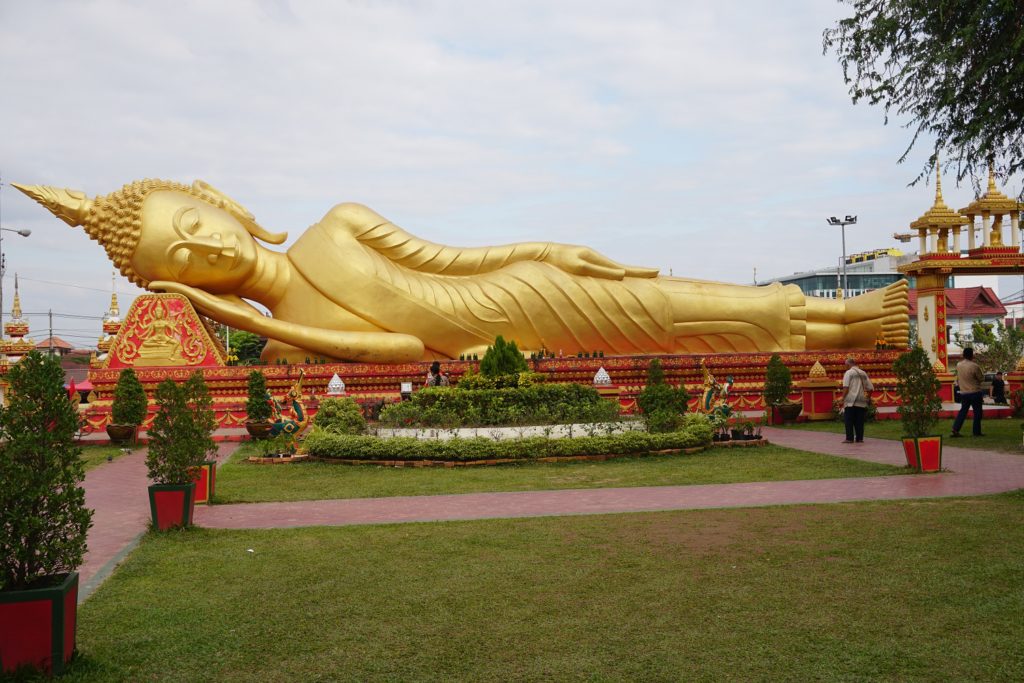 Another monument you can see is Patuxai, also called the arc de triomphe. Yeah, the original one is back home in Paris, and you’ll find copycats in various cities in the world : in Bucharest, Romania, in Chisinau, Moldova… and in Vientiane, Laos! It’s not a tribute to France in this case, but quite the opposite. The Patuxai is a monument built in memory of the Laotian soldiers who fought against France for the independence of the country. If you pay 3000 kips (0.30€), you can get on top of the Patuxai. There a seven floors, and different souvenir shops at each floor.

An interesting visit to do : the COPE center. During the Vietnam war, the USA dropped two million tons of explosives on Laos (they didn’t want Vietnam to get supplies from Laos). To this day, many bombs in the countryside didn’t explode ans today, 50 years later, some locals are still victims of those bombs. A child playing, a farmer plowing his soil, the heat caused by a saucepan on the floor… And the bomb explodes. You need to know that the bombs don’t explode when you walk on them, you “have” to trigger the explosion. Anyway, the COPE is a center helping Laotian people with physical disabilities, following the explosion of a bomb : treatments, rehabilitation programs, mine-clearing of the territory… A must see! Entry is free but donations are recommended.

A little bit further, go to the Buddha Park. This park was built in 1958 by a monk who studied Hinduism and Buddhism. So we have a mix of those two religious styles in the park, and the result might look a bit strange. The park is not very big, and it won’t take much time to visit. Entrance fee is 15000 kips (1.50€).

Otherwise you can visit temples (for a change) : Vat Sisaket, the oldest temple in Vientiane, and its 10000 Buddhas. Entrance fee is 10000 kips (one euro). And opposite Vat Sisaket, you’ll see Vat Phra Keo, and it’s also 10000 kips to get in. In both cases, it’s forbidden to take pictures inside the temples. Vientiane, a city you can skip if you go to Laos…