Oh my God! The scooters in Hanoi were annoying me to the highest degree, but I hadn’t set foot in Ho Chi Minh City yet, the financial capital of Vietnam. The traffic is insane in Ho Chi Minh City, even worse than Hanoi. Many locals wear anti-pollution masks, there’s noise all over the place and a constant bustle. Like New Delhi or Tehran, you have to be extremely careful when you cross the street. By the way not only when you’re crossing the street, but all the damn time! The locals on their scooters don’t always respect the red lights nor the direction of traffic flow. And they sometimes ride their scooters at full speed on the sidewalk!

Ho Chi Minh City was formerly known as Saigon, but after the end of the war in 1975, the locals wanted to pay homage to their revolutionary leader, Ho Chi Minh, who passed away in 1969, and they changed the name of the city. Although Ho Chi Minh City is the economic capital of Vietnam, I saw many homeless people… This is definitely not pleasant to see, and again, I haven’t seen homeless people in quite some time. After the sunset, I realized Ho Chi Minh City is infested with rats! We don’t really see them daytime, but they’re numerous outside nighttime!

The 1st district of Ho Chi Minh City is bustling, actually I’m thinking about Detam Street and Nguyen Hue. Two streets with bars next to one another with loud music (like Khao San Road in Bangkok!), many people, street peddlers… Many locals wear Fila, a popular brand in France in the 1990s, but still present here (and in Southeast Asia in general!). In this area, it’s also possible to spot not-so-clean massage parlours, local hookers with Westerners… Makes me wanna puke! 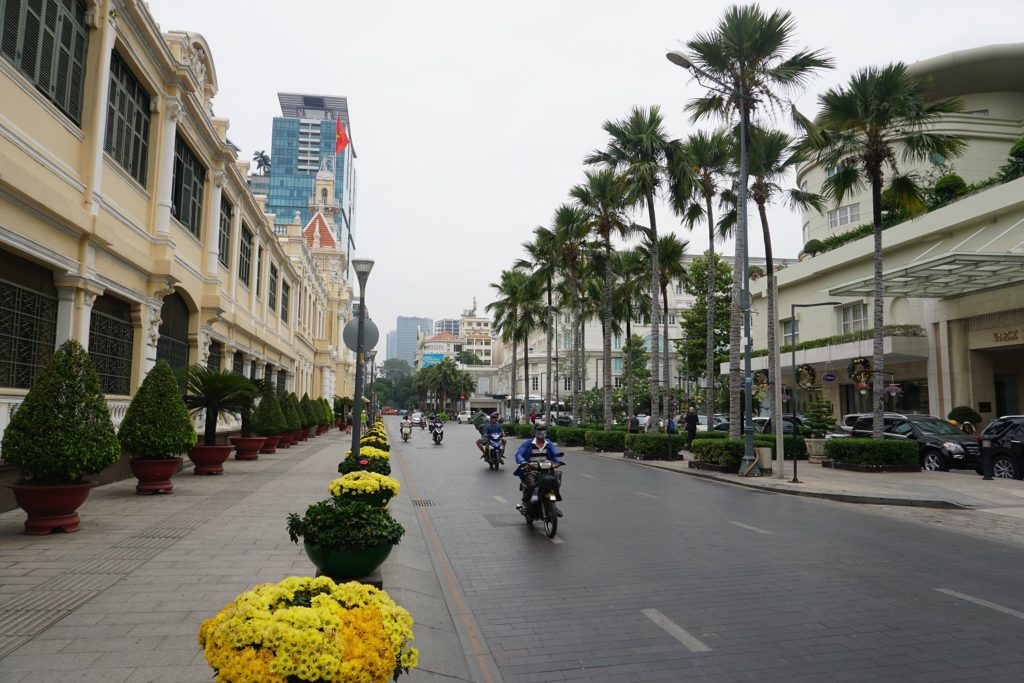 How to get around in Ho Chi Minh City?

To get around in this big city, I used Grab quite often, it’s the Uber of Southeast Asia. Not to get in a car. But to get around on a scooter! A local on his scooter picks you up, and you hop on his scooter behind him. I crossed the whole city (which is not small I remind you!), and paid almost nothing! I also took the bus a few times but I quickly stopped : sometimes they play very loud music in the bus. Otherwise, as usual, I walked a lot! And I realized I don’t really like cities with too much traffic. You always have to be careful to not be run over… Don’t forget to get a travel insurance if you go there! By the way, here are tips for visiting Vietnam! 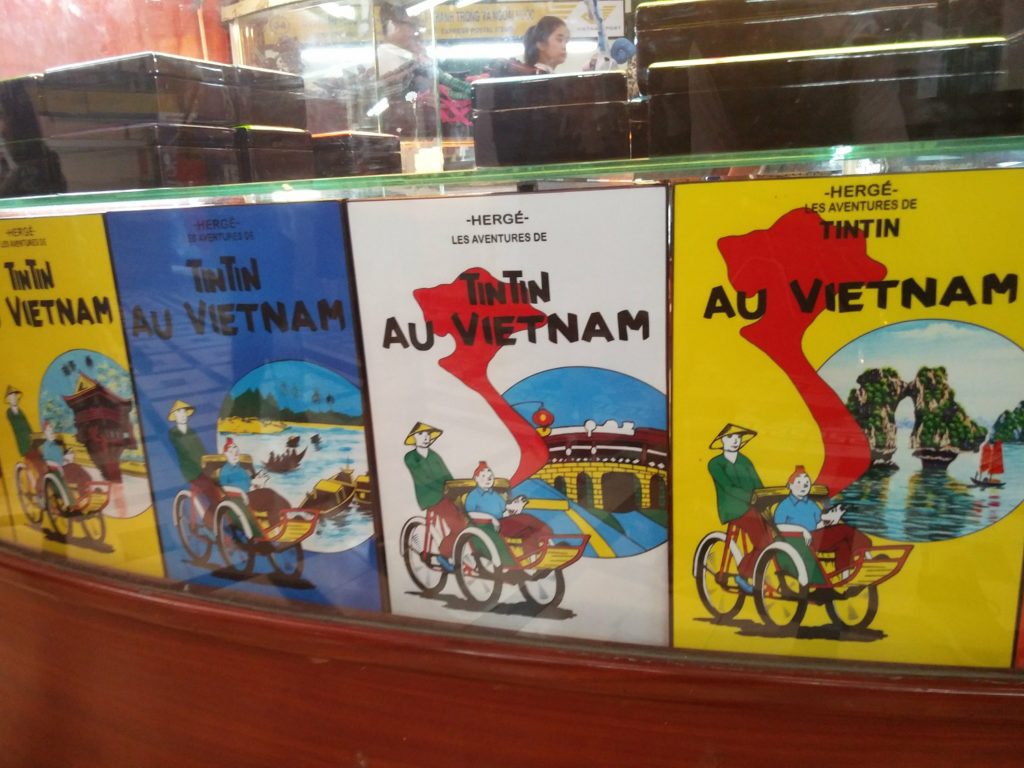 What to do in Ho Chi Minh City?

There’s one place you cannot miss in Ho Chi Minh City. I’m talking about the War Remnants Museum. It contains exhibits relating to the Vietnam war but also the Indochina war. I have to tell you right now : this museum is not for the faint of heart. And if you’re traveling with kids, do not go there! We learn a lot about the war (the cause of the conflict, the Cold war context, the Soviets and China supporting North Vietnam, the US supporting South Vietnam, the international community being opposed to the war…), the methods used by the US (it was horrible…), but the worst can be found on the second floor. Two exhibitions can be found there, agression war crimes and agent orange aftermath in the US agressive war in Vietnam. Pictures of bodies ripped to shreds, of Vietnamese disfigured by the bombs, handicapped locals, bodies deformed by agent orange… It’s horrible to watch this!

Outside the museum, a few tanks and attack helicopters are exhibited. Next to the museum, a bit hidden, it’s possible to see some instruments of torture used during the war… We leave this museum a bit shocked, all the faces are solemn on the way out of the museum. By the way, although it was very interesting, visiting this museum reminded me why I don’t like going there (to the museum!). It’s very hard to get around when so many people shuffle along the halls… It’s 40000 dong to get in (1.50€).

Not far from the War Remnants Museum, you’ll see the Independence Palace. This palace was actually the home of the successive presidents of South Vietnam. Once North and South Vietnam merged, this palace became a historical site. Therefore it’s possible to visit what once was home of former presidents, the different rooms, we learn about the history of the palace… To me, you can skip it. It’s 40000 dong to get in (1.50€).

Saigon Skydeck is on top of the Bitexco Financial Tower, and it’s the tallest building in Vietnam. It’s to possible to go to the 49th floor of the skyscraper, which was built as a symbol of the rapid economic growth of Vietnam. Indeed, the construction started in May 2007, and the building was inaugurated in October 2010, three years later only! There are 68 floors (there are also offices in the building), and this skyscraper has a height of 262 meters (861 ft.). It’s 200000 dong (7.50€) to get on the 49th floor. To me it wasn’t worth it, but it’s up to you guys!

In Ho Chi Minh City, spend some time at the Saigon zoo and botanical gardens. A lot of children and families relax there. You got it, it’s a garden with a zoo (with giraffes, elephants, etc…) but also with many different rare plants. In the garden, there’s also a small amusement park for kids, and a small swimming pool. It’s 50000 dong (almost two euros) to get in. There’s also a history museum next to the garden, but I didn’t go. 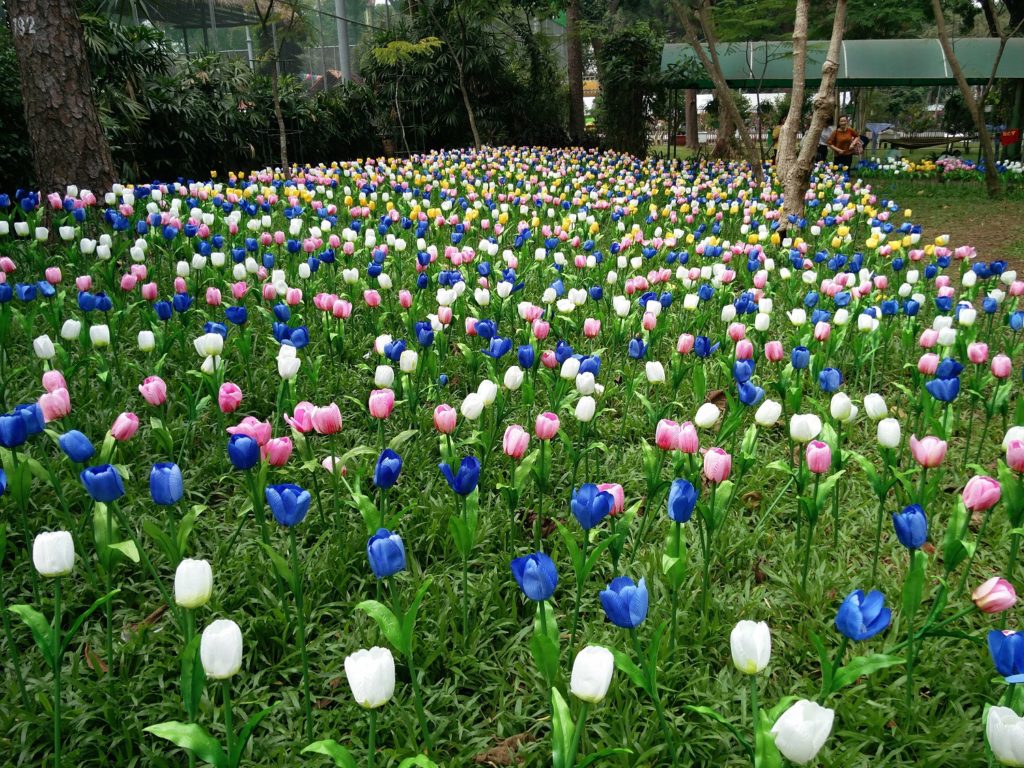 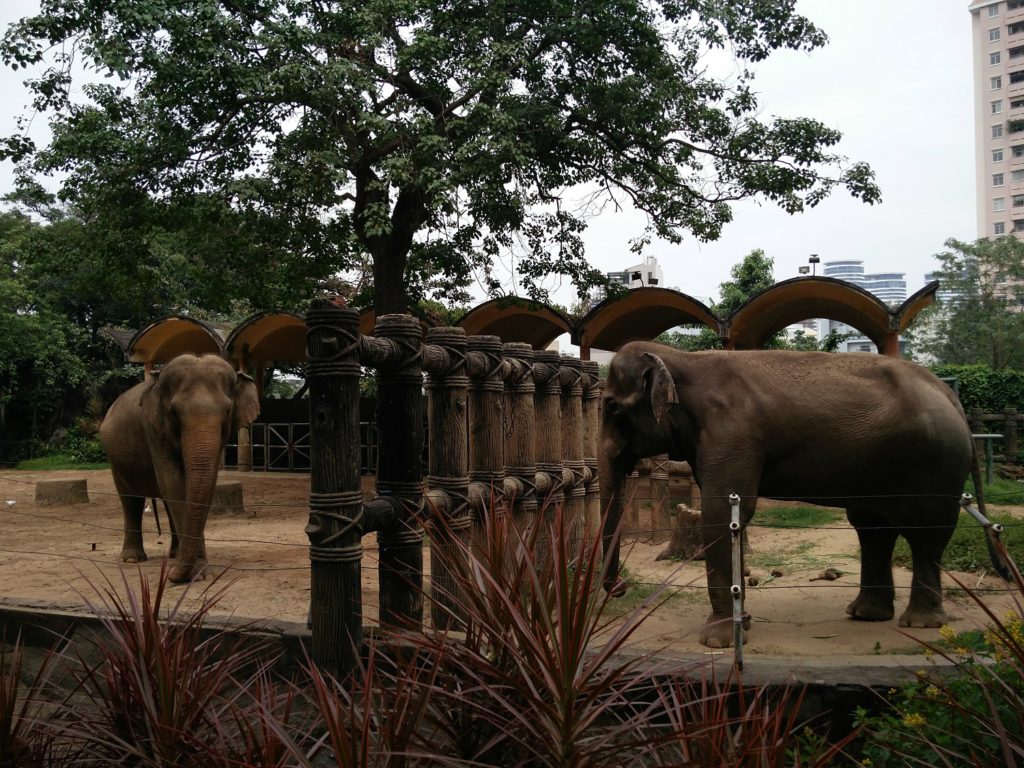 You can also have a look at the post office, they sell local souvenirs there. And of course go to the market where they sell anything you can think about : T-shirts, sunglasses, fruits, watches, leather goods, toys… Honestly, I cannot say I had a good time in Ho Chi Minh City The noise, the pollution, the rats… I visited many big cities that I liked but this time, for some reason, I was happy to leave…