Malaysia is clearly the kind of country you have to go to if you want to relax. Admittedly there’s Kuala Lumpur, the capital of the country, but otherwise it’s possible to relax almost anywhere in the country. In Langkawi, you can spend some time chilling on the beach. George Town is the second largest city of Malaysia, however it’s a relaxing city. I’d say Malacca City falls into this category, a nice and quiet city. I felt like Malacca City wasn’t too big nor too small, and I was quite surprised to find out almost half a million people live there! 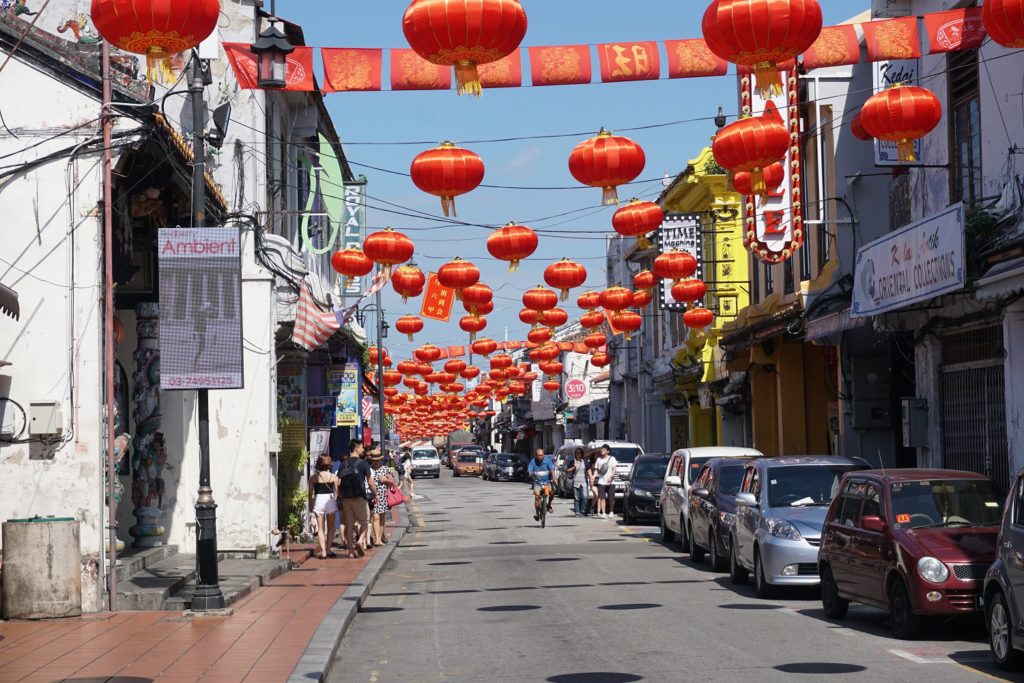 Malacca City is really a peaceful town, people are relaxed, there are not too many cars and not a lot of noise outside. Wandering around the streets of Malacca, I was wondering sometimes if I was actually in Malaysia. On the same street, you can see a Buddhist temple, a mosque, a church and a Hindu temple a little bit further. The “landscape” changes a lot from one street to another one, it’s a bit disconcerting! 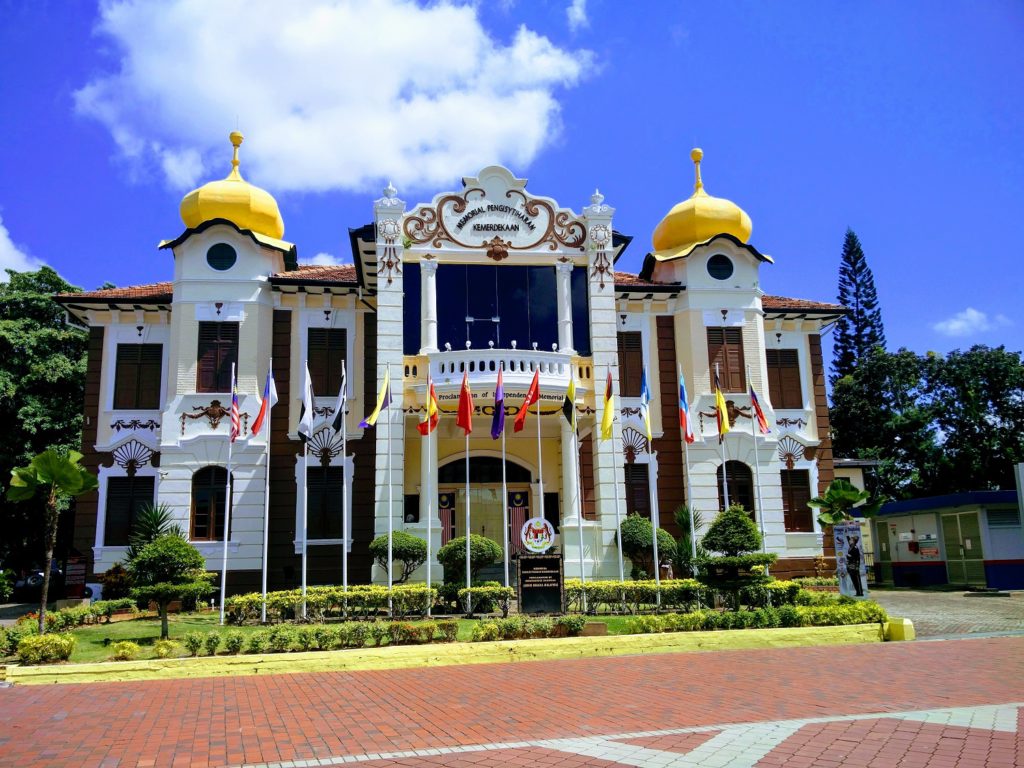 Indeed, the Malacca area was colonized by the Portuguese, then the Dutch and finally the British (like Galle in the south of Sri Lanka). They all left their marks. Moreover the Chinese and the Japanese passed by in the past, and of course various communities live here now (Malay, Indians and Chinese). I guess you understand now why Malacca is a big melting pot! You can really feel it when you’re visiting the city.

By the way, a new community saw the light of day in Malacca : the Baba Nyonya. The Baba Nyonya are the descendants of the first Chinese immigrants who got married with Malay people. They have their own dialect, their own customs, their culinary specialities and even their museum in Malacca, the  Baba and Nyonya Heritage Museum. The museum recounts their history. I didn’t go but feel free to visit this museum. It’s 16 ringgit (3.50€). FYI, it’s forbidden to take pictures inside!

Malacca is a UNESCO World Heritage Site since 2008 and honestly, I understand why it’s the case. This town is a gem you cannot miss if you go to Malaysia. And once again, I went there ’cause I followed the advice of other travelers. I had absolutely not the intention of going there (anyway I didn’t even know the existence of this place a few weeks before getting there). The tourists haven’t overrun the place yet. 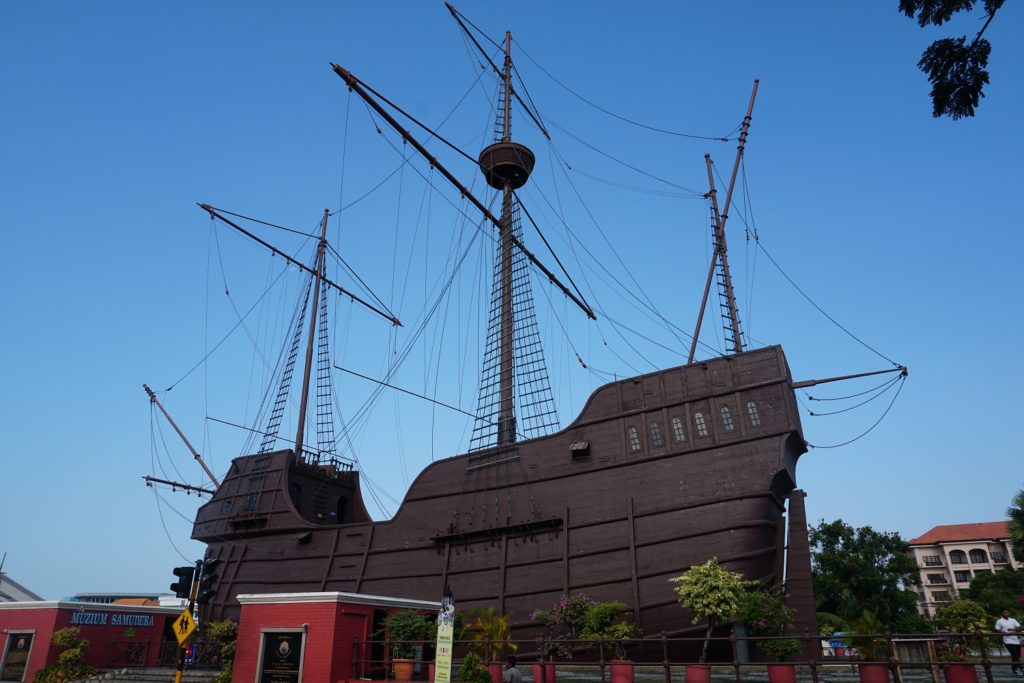 In fact, the only tourist trap you’ll see there : the psychedelic trishaws. Those are eccentric tuktuks : usually decorated (Hello Kitty, Disney…), music blasting from the speakers, and lighting up in the evening. Ask a driver to have a ride in the city (I didn’t do it, so I don’t have the prices!). They’re usually gathered in the city center.

What to do in Malacca?

So… What can you do in Malacca? Visit the historic city center of Malacca. This is where you’ll see the famous psychedelic trishaws, but there’s more than that. There’s also Dutch Square, where you’ll see the Christ Church. But also a mill, fountains a “I love Melaka” sign, Stadthuys the city hall, and red buildings. By the way, Dutch Square is also called the Red Square.

Just nexto to the city center is Chinatown. Take some time to have a walk there! The streets there are not pedestrianized, but there are almost no cars passing by, and it’s nice to have a walk there. There’s a temple you have to see, the Cheng Hoon Teng Temple (the temple of green cloud). It’s the oldest functioning temple in Malaysia, it dates back to 1673!

There are so many mosques you can visit, they’re all wonderful : Masjid Tengkera et Masjid Kampung Hulu among others. But there’s one you cannot miss, the Melaka Straits mosque. It’s actually a floating mosque inaugurated in 2006. I went there in the morning but from what I heard it’s better to go there in the evening, because the mosque lights up. There’s nothing special inside the mosque, but you have to see it from the outside in the evening!

Other things to do in Malacca

You can also get on top of the Menara Taming Sari tower to have a nice view of the city (didn’t do it). It’s 23 ringgit (5 euros) to get on top. You can also visit the villa Sentosa, a typical Malay house turned into a museum. I really wanted to see it but it was closed when I went there… There’s also the St. Paul Church in the heights of the city and the fortress A Famosa next to it. Finally, take some time to have a drink in one of the numerous bars along the Malacca river, it’s really nice.

I was pleasantly surprised by my visit of Malacca. If you stay in Kuala Lumpur, take some time to go there, it’s less than two hours away. But you don’t need to spend weeks there, two days are enough, three days is perfect!