Shiraz, the city of wine in Iran

After Tehran and Isfahan, let’s keep discovering this incredible country, Iran, with the city of Shiraz, in the south of the country. I heard before that Shiraz is the city in Iran known for its poets, its literature, its gardens… And its wine! Known for its wine!? In a country where importing, selling and consuming alcohol is strictly forbidden??? Yep, it’s an old tradition in the country, actually a 5000 years old tradition that is still here today. Needless to say, wine growers keep a low profile, otherwise they might go to jail and be whipped. But I had Iranian wine and I can tell, it’s good! In fact, wine in Iran is not hard to find if you know a few locals… 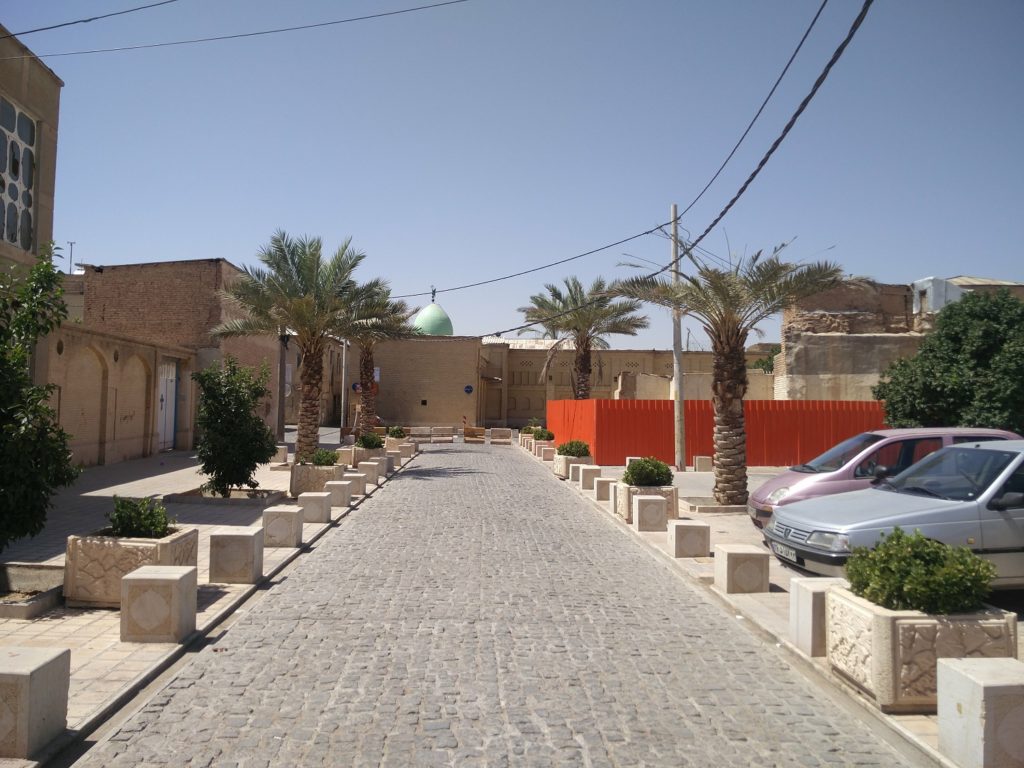 Anyway, Iranians stay true to themselves, still very smiling, kind and welcoming. I’m just having a walk in the street and a small group of Iranians spots me. They fling themselves at me, invite me to go to their café, and they offer me tea. Once again, they’re happy to see that a tourist decides to visit their country. During my stay in Shiraz, the “Hello!“, kept going, the “Salam!” too and I still hear quite often “Welcome to Shiraz! Welcome to Iran!“.

Just like Tehran, the traffic is very dense and it’s very complicated to cross the street. Cars never stop even when you’re already engaged crossing the street. And since they never turn on their turn signal, it’s hard to anticipate the cars’ trajectory. I saw a 12-year-old kid riding a bike, passing super fast in front of cops who didn’t even react… Since it seemed like drivers had fun brushing past me, several times, in small streets, I stopped walking in the middle of the street in order to force them to stop the car. I know I irritated a lot of drivers but at least I could cross the street not worried after that. Still, before my trip, I thought about getting a travel insurance, you never know what could happen. Here’s why you should buy travel insurance! 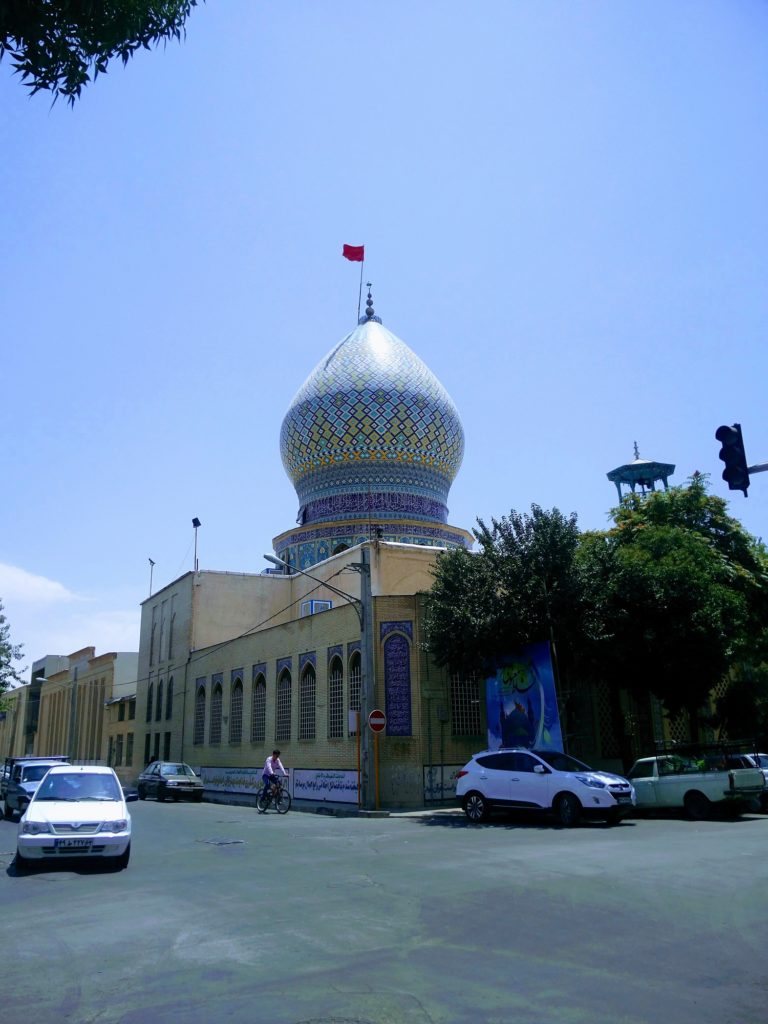 The city of Shiraz is organized a bit differently than the other cities I’ve visited so far. You want to buy a bike? In one particular street, about 20 different shops next to one another are just selling bikes. You want a new smartphone? Same here, in one street, dozens of shops just sell smartphones. There’s also a street if you want a new car, a street for electrical appliances… 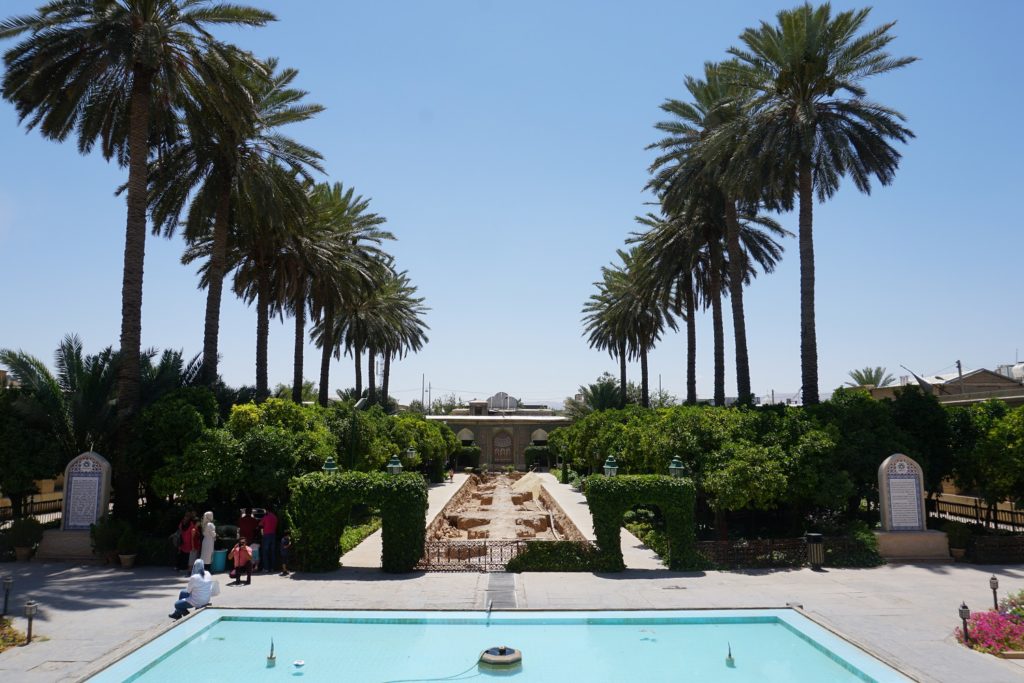 What to see in Shiraz?

As I said in my article about Tehran, I almost spent the entirety of my stay in Iran at various Iranians’ places, and not at the hostel. Therefore I lived just like a regular Iranian guy, and I followed my hosts wherever they took me. Consequently my stay was less touristic than usual, but more authentic. Hence I didn’t see all the major touristic spots of the city.

The Shah Cheragh shrine, which is a mosque and a mausoleum of the brothers Ahmad and Muhammad. It’s the most important place of pilgrimage in Shiraz. It’s not possible for the tourists to get inside the mosque, because we’re going to disturb those who are praying. Pilgrims and those who come to pray are the only ones allowed to get in. But the courtyard is wonderful, a must see! You can only take your smartphone with you to get in the courtyard. All the other stuff (bags…) has to be put in the lockers room.

For your information, as a tourist, you’re systematically escorted by a guide. In my case, it was a woman. When I first met her, I naturally said “Hi!“, holding out my hand. She said “Sorry” with a smile. No physical contacts between men and women… While she was showing us the building, we bumped into an Iranian guy who was smoking a cigarette. She started yelling at him, and she made him throw away his cigarette. And she also asked a Dutch guy to completely cover his legs. He was wearing pants but we could partly see his skin around his ankles. I was wearing a T shirt, so I asked her if it was annoying her, because most people in the shrine had long sleeves under 38°C/100°F… She said “That’s fine“.

The tomb of Hafez and its memorial hall, in memory of the Persian poet Hafez. One of the major tourist attraction in Shiraz, although I didn’t find anything special about this place (I must be weird). But this is the place where rests Hafez, a well-known poet all over the country. Most of the visitors are locals and poet lovers, who come to pay homage to the poet, visiting his mausoleum. Beautiful gardens surround the place. The entrance fee is 200000 rials (a little bit more than 4 euros).

The tomb of Saadi, another Persian poet. Once again, this place is mainly popular among locals, since they probably know pretty well the poet’s works. I have to admit I didn’t know him before… Once again, beautiful gardens surround the tomb of Hafez. The entrance fee is 200000 rials as well (a little bit more than 4 euros).

But also the Nasir Ol Molk mosque, apparently a must see. I made a mistake going there on a Friday, therefore they didn’t let me get in (prayers day). I heard inside the mosque is a-maaaz-ing! I was with Iranian guys, and I didn’t get a chance to go back there. The Qavam house, which belonged to the Qavam family, influential merchants. And the Vakil Mosque (didn’t go there, again I was with my hosts). If you have the opportunity to taste Iran wine, do it (but be careful!). Shiraz wine is the most popular in Iran. Last but not least, Persepolis and Necropolis, a must see in Iran!