Visit to Kyoto in 3 days

I didn’t really know what to expect when I decided to visit Kyoto, the capital of Japan from 794 to 1868. It’s not a huge megalopolis like Tokyo, but it’s not a small town either, like Kobe or Nara. In fact, Kyoto has a population of 1.5 million, but the vibe is not the same at all as in Tokyo. I visited Kyoto in three days, and I immediately felt the difference compared to Tokyo. Admittedly, there’s also this blend of traditional temples and modernity with all the big buildings and the new technologies, but the atmosphere is still a lot more relaxed than in Tokyo. My visit of Kyoto was cool, with no stress, in a calm atmosphere. 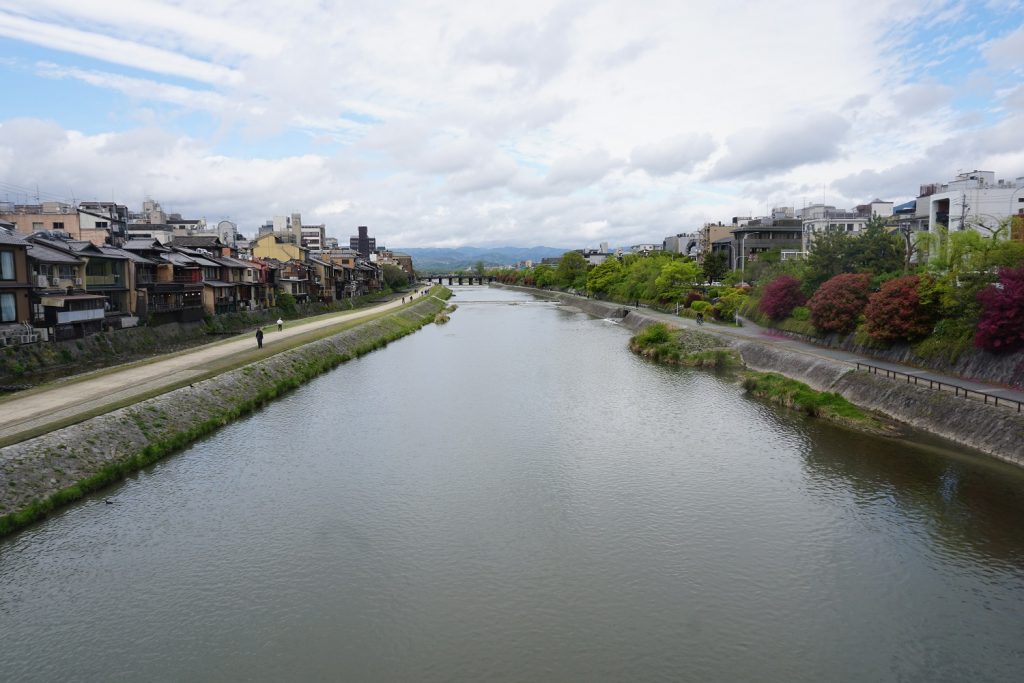 Yeah calm atmosphere. But let’s not forget Kyoto is the former capital of Japan. Nowadays, it’s still the cultural capital of the country. For your information there are almost 2000 temples in the city. Inevitably, all those temples attract a lot of people, and to be honest with you, almost all the tourist sites I visited were packed! That means if you plan to visit Kyoto one day, be prepared! Ideally start your day early in order to avoid the groups of tourists and be able to take good pictures. Same applies if you’re planning a day trip from Kyoto!

As I said, when you’re visiting Kyoto, you see big buildings and several locals with the latest smartphones and cameras, but also others wearing traditional Japanese outfits. Oh and most importantly, if you go to Gion (a neighborhood in Kyoto), you’ll be able to spot geishas (geishas are Japanese women entertaining men, they are not prostitutes! Click here to find out more about geishas). If you spot a geisha, please do respect her! They don’t really like people taking pictures of them, so please don’t put your smartphone or your camera a few feets away from their faces just to get a good picture!

Kyoto is not really the place to be if you wanna party all night long (if you’re a party animal, you better go to Osaka). We can almost confirm Kyoto falls asleep right after the sun sets. Indeed, to get around in Kyoto, you have to walk or take the bus. A lot of buses stop running at the same time as the closing time of the temples, which means around 4 or 5pm! The other buses run until 10 or 11pm…

While we’re at it, I noticed that you have to pay your bus ride when you get off the bus, not when you get in (like in Odessa, Ukraine). You always have to get in the bus via the central door (not the front door!), and go towards the front of the bus before getting off, and then pay before leaving and get off via the front door.

Today, Kyoto still attracts a lot of visitors. As I said, there are almost 2000 temples there but also palaces, gardens, etc… Sometimes I felt like there were more tourists in Kyoto than in Tokyo, because the city is smaller, so more concentrated. Anyway, here’s what to see if you plan to visit Kyoto in three days (or two, or four…).

There are numerous temples in Kyoto but if you just have to visit one, pick Kinkaku-Ji. Thisi temple is also called the golden pavilion because it’s covered with thousands of gold leaves. The temple is located in a wonderful garden but it’s not that big, you can visit it quickly. Still, it’s one of the most popular places in Kyoto. It was built during the 15th century but the temple was destroyed by an arson in 1950. They rebuilt it exactly as it was in 1955. Today, Kinkaku-Ji is World Heritage UNESCO Site. It’s 400 yens (3.25€) to get in. I heard about a tea house in the garden called Sekka Tei, supposedly an unmissable. But I didn’t find anything special about it.

You cannot miss Fushimi Inari-Taisha! It’s the largest shinto shrine in Japan, located in the south of the city. It’s dedicated to the goddess Inari, and it dates back to 711 (it was rebuilt several times since then). Why is this shrine so famous? It has 10000 torii (gates), and the visitors wanna see them! Fushimi Inari-Taisha contains a set of 10000 torii, and it gives form to a walkway connecting the main temple buildings in the forest. The visit is nice, but once again, this place is very popular thus packed. I went there and it was so complicated to take proper pictures because of the crowd. Moreover it was raining… It’s free to get in.

Ryoan-Ji is not very far from the golden pavilion, so you can go see it if you have some time. It’s a buddhist temple with nothing spectacular, but the atmosphere is really calm there. There’s also a rock garden, but to this day, we still don’t know how long it’s been there. Actually, we know very few things about this temple, we don’t even know who built it. It’s really a simple temple, but it attracts a lot of people. It’s 500 yens (a bit more than 4 euros) to get in.

Again, several people I know talked about a forest I couldn’t miss in Kyoto. Indeed, the bamboo forest, located west of Kyoto, is impressive to see. But once again, there are thousands of visitors there, therefore it’s very hard to get around in the forest. Basically there’s a walkway and you’re walking amid huge stalks of bamboo. From what I heard, bamboo is a sacred tree in Japan, a symbol of strength, and it keeps away evil spirits. It’s 1000 yens (8.25€) to get in.

Daitoku-Ji is a Buddhist temple located north of Kyoto. It’s actually a Buddhist complex composed of three main temples and other smaller temples. There are also several beautiful gardens to see. Since the complex is quite big, you’ll need several hours to visit everything. They also have play areas for the kids, but I mostly saw adults and old people in Daitoku-Ji. One last thing, you’ll have to pay for each temple you want to visit, usually around 350 yens (3 euros).

Kiyomizu-dera is located in the heights of Kyoto, you’ll have to walk through pedestran streets to get there. On the way, you’ll see several shops selling tea, sake, and Japanese souvenirs. Kiyomizu-dera is also a popular temple, many people visit it which means you won’t be by yourself there. It was built in 780 and it means “the pure water temple”. Once you get there, you’ll have to pay 400 yens (3.30€) to get in. From there, you’ll be able to admire Kyoto from the heights of the city.

Chion-In is a complex of several Buddhist temples, located in Gion area. It dates back to 1234, but it’s still impressive to watch it. You can almost get lost in this complex, there are several temples, stairs to climb, etc… During spring, you can admire cherry blossom in the complex. Chion-In is one of the biggest temples made of wood in Japan.

Ginkaku-Ji (not to be confused with Kinkaku-Ji) is a Buddhist temple also called silver pavilion. But this one is not covered with silver leaves. Originally, this temple was built to compete with the golden pavilion. To the eyes, it’s less impressive than the golden pavilion, but it’s still wonderful and most importantly a lot quieter. The garden surrounding the temple is beautiful, and there’s also a sand garden there. You have to see it! It’s 500 yens to get in (about 4 euros).

There are many more temples to see, but as I often say, temple fatigue sets in quickly. If you have some time, and if you like temples of course, you can also see Toji-In where you have to pay 300 yens (2.50€) to get in, Ninna-Ji which is a Buddhist temple, or Nijo-Jo, a castle made of wood… I wanted to go but it’s possible to get in ’til 4pm, I arrived at 4:10pm and it was my last day in Kyoto… It’s 600 yens (5 euros) to get in.

Otherwise I really wanted to see the imperial palace (Kyoto-gosho) but I didn’t make it (it’s my fault). To get there, you cannot just show up and pay to get in, you have to apply to visit it (sometimes it’s possible to apply the day of your visit early in the morning). You can either apply on spot, or apply online here. Finally, if you wanna eat good and cheap food, head to Nishiki Market.

I liked my visit of Kyoto, although it’s crowded in most tourist sites. The city is beautiful and rather quiet, but to really make the most of it, you better get up early in order to avoid the big groups of tourists.