After visiting Kuta and Ubud in Bali, but also the Gili islands, I realized I only visited popular places in Indonesia among tourists. I wanted to have some peace and quiet, and I decided to go to the east part of Indonesia, on Flores island. I won’t write about my whole trip on Flores island (but I give some info at the end of the article), I’m gonna focus on the main attraction of the island, the Mount Kelimutu.

When I arrived on Flores island, I quickly realized this place is more authentic, rawer than Bali, Lombok, etc… There are almost no tourists there, and in the eyes of the locals, it seems like I’m an alien! They keep staring at me (although they also have dark complexion!). Oh and everything is a lot cheaper here. But enough talking, I need to go to Moni, the small village from which you can go to Mount Kelimutu.

I left Ende to go to Moni by van, a 90-minutes ride. I quickly understood why the locals nickname this road the spaghetti road, or sometimes the snake road. The road goes up, and down, up again, and down one more time. And there are many tight bends… Be prepared, a local threw up during the ride and the driver told me it’s common here! Moreover, several locals spotted me in the van and from their cars, they were asking the driver to stop, just to ask if I need a private car to go to Moni, “just for 100k rupees (6 euros)“. “No, thanks guys. I’m already in the van and I paid to get a seat, I’m not gonna leave it now just to make you happy…”

We finally made it to Moni! First thing first, I need to find a place to sleep. There’s no shortage of choice in this tiny village, there are guesthouses all over the place, next to one another! The locals in Moni live thanks to Mount Kelimutu! Once I found my accommodation (info at the end!), I went to the only bar of the village, where I met travelers who also intend to see Mount Kelimutu the day after for the sunrise. As we were talking, we realized we were all staying in different guesthouses, but they were all like five minutes away by foot from one another.

It’s night-time now and we kept talking but were quickly interrupted by a power cut. With no lights, we have no other choice than to go back home, with the help of our smartphones’ lights (it’s full dark!). It won’t be possible to use the internet either, since there’s no internet access at all in the village. We have no other choice than to go to sleep. It’s not a bad thing, the day after I have to leave the village at 5am to go to Mount Kelimutu!

The day after before the sunrise, a local picked me up in front of the guesthouse, to ride all the way to the entrance of Mount Kelimutu. For your information, the government wanted to prohibit the access to Mount Kelimutu for security reasons, it’s actually a volcano and an eruption can happen anytime. But the local population didn’t agree, they make money thanks to tourism! Finally, the governement accepted to keep Kelimutu open to tourists as long as a local brings them at the entrance of Kelimutu. So here I am, in front of my guesthouse, and a local on his scooter picked me up to bring me to the volcano!

After a 30-minutes ride, we made it to the entrance, and the local told me he’d be waiting for me. All right, let’s start climbing Mount Kelimutu, but it’s actually really fast : 15 minutes at the very most! The problem is… I arrived there too late, after the sunrise! So that means the pictures don’t really reflect the beauty of this place. What a shame! Knowing I was just staying one night in Moni, I already knew I was fucked! 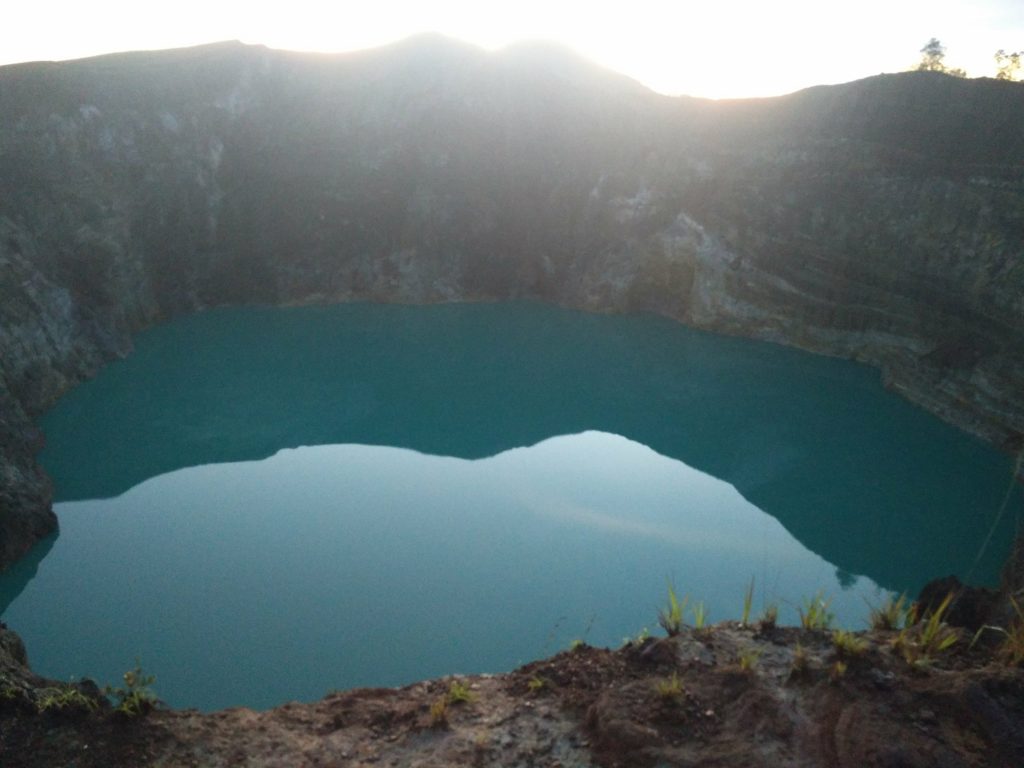 Why does Mount Kelimutu attract so many people? In fact, once you’re on top, you can admire three different lakes, and their color changes over time. Some people say lake colors change depending on the chemical composition of the water but in fact, the color changes are quite unpredictable! Mount Kelimutu is also of big interest to geologists!

I enjoyed my time there, and I realized we’re not alone : there are numerous monkeys wandering around. There are also locals selling clothes (it’s cold up there!) and some snacks. I went back down, and my guide rode back to Moni. Since I had some time, I decided to see the only attraction of the village, a waterfall opposite the rainbow café! Then I ate my breakfast, and I left Moni… Mount Kelimutu, you have to see it at sunrise but also during the sunset when the weather is nice. Otherwise, you might be disappointed… 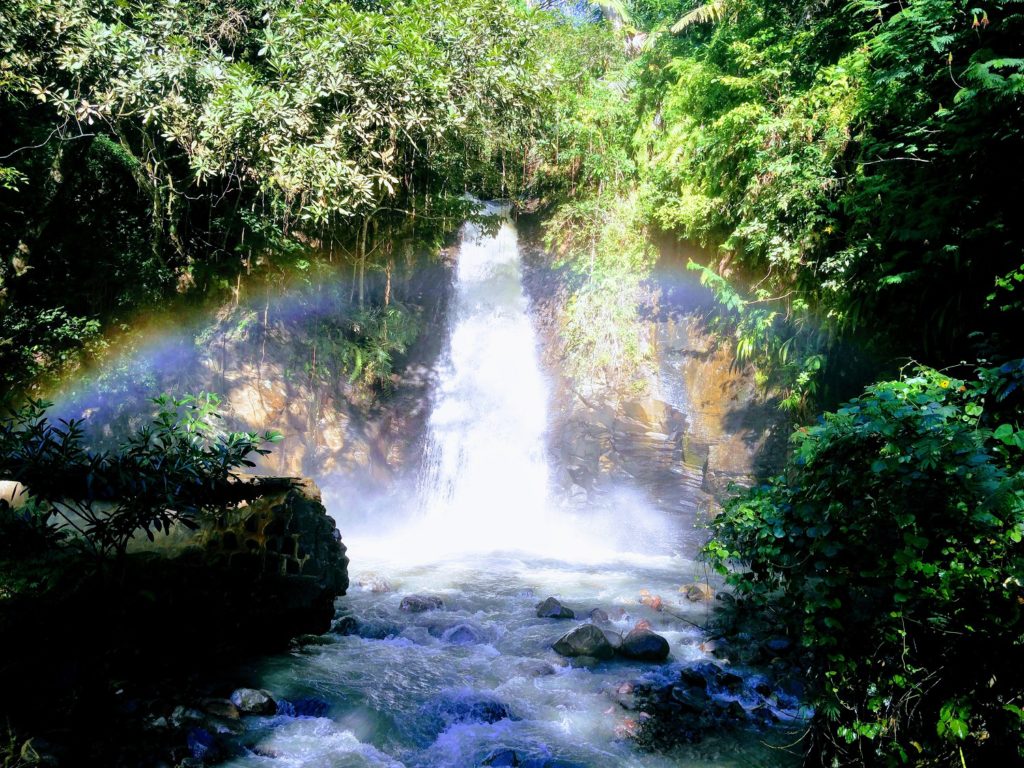