As soon as I arrived in Belgrade, the white city, on a Thursday evening, I decided to have a quick walk around my hostel to take the pulse of the city and the atmosphere over there, before starting to (re)discover Belgrade the day after. I can tell, I wasn’t disappointed. It was 11:30pm, and on Republic Square, where locals are used to meet up, a group of musicians were playing latin music and reggaeton. About sixty people were dancing around them, in a general good atmosphere. It was almost midnight, and there was this big gathering on a weekday! By the way, I didn’t even know they were into latin music in Serbia… It reminded me of Budapest where I was just before, which was always bustling.

But this time, I’m in Belgrade, in Serbia. In Slav, it’s Beograd, which means “the white city” or “white castle”. It was called the white city because the cities fortress looked white from the river. I’m not gonna lie or maintain the suspense. I cannot really say Belgrade is a beautiful city. Yes, the city has its own charm and a lot of qualities. People are adorable, and like many countries in this area, life is cheap! But Belgrade makes me think about a city still healing from its wounds (and it’s not its fault). You have to remember Belgrade (in Serbia!) is part of ex-Yugoslavia (with Slovenia, Croatia, Bosnia and Herzegovina, Montenegro and Macedonia), and it was a war zone not that long ago. You can clearly see it in some parts of the city, with lots of abandoned buildings. Sometimes, you can even see old bullet holes. 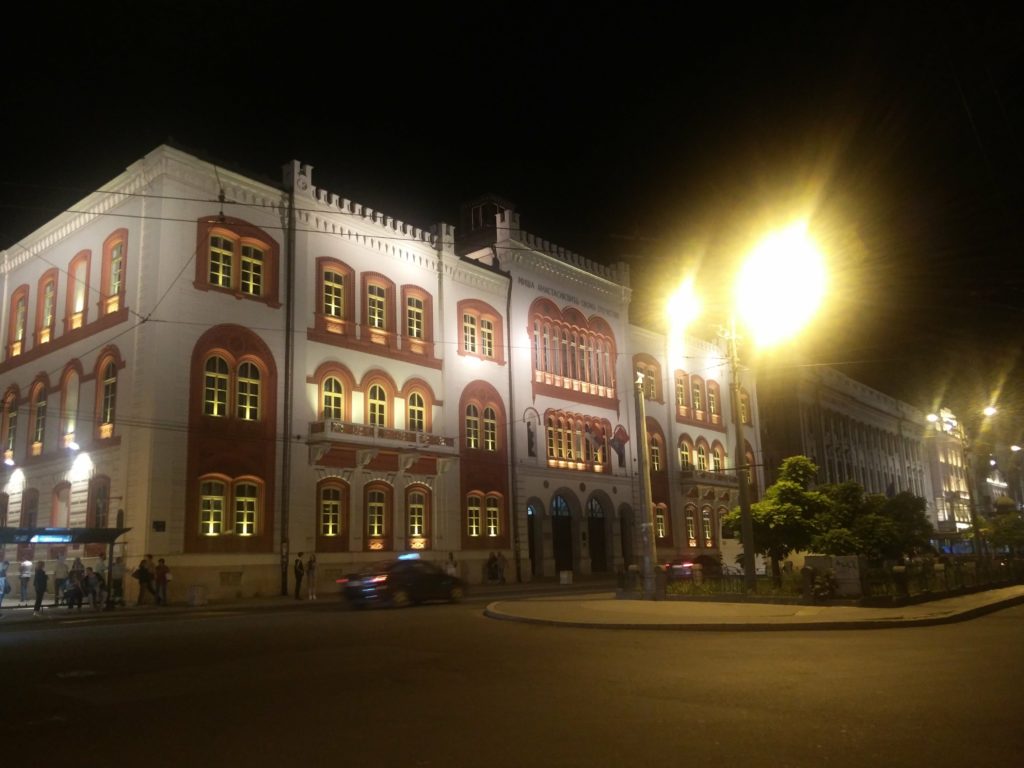 There’s also a lot of kids begging for money on the streets, some of them are barely three years old… A teenager asked me for money, he’s from Kosovo, blablabla… Kosovo, a territory in the south of Serbia. Serbia claims Kosovo is still its territory, whereas 114 countries in the world recognize Kosovo as an independent country. Anyway, I said no to the kid, and as he left me, he said “Fuck you!“. In Paris, I would have grabbed him by the collar “Fuck who!?“, but I’m not home… I just said “Fuck you too!”

Fortunately, Belgrade is not just that. As I said, people there are lovely. They don’t speak good English like people in Budapest, but they make the effort, and they’re happy to see a tourist (moreover a black tourist!) making the trip to their city. By the way, I heard a few times in the streets people saying “Oooh! Crne!” (“Oooh! A black guy!”), friendly waving to me with a big smile! 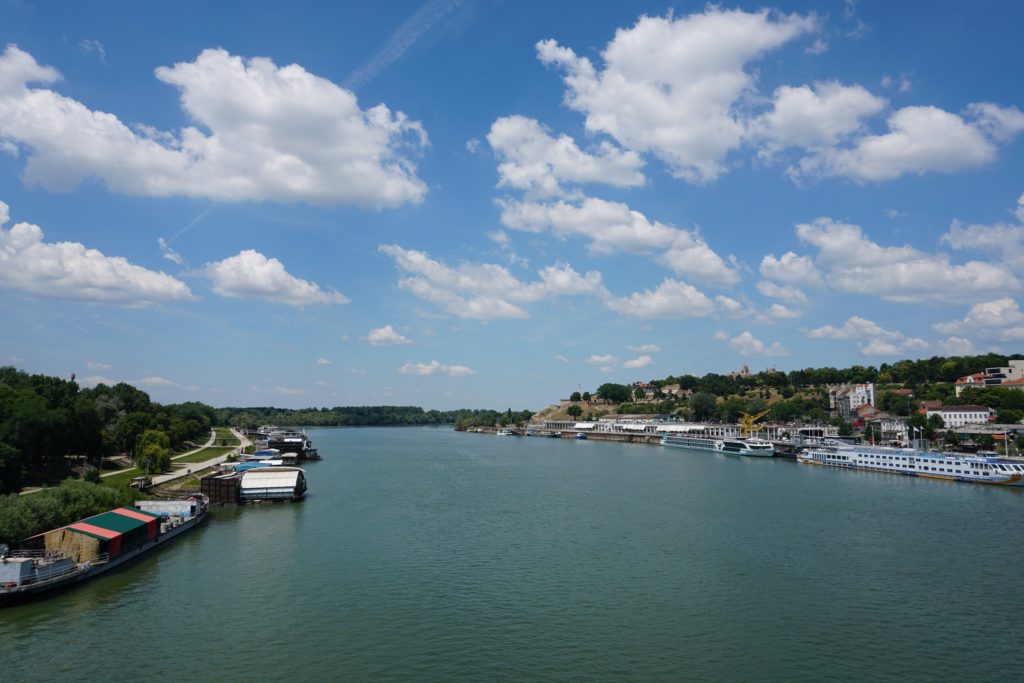 Serbian girls… I was told Serbian girls were among the most beautiful women in Eastern Europe. I gotta say… It’s true 🙂 Walking around in the streets, even in the afternoon, a lot of them are dressed as if they were about to go to a club. And some of them have a thing for black guys… I talked about it to the owner of the hostel where I was. He started laughing, and I could see his two front teeth were missing.

This thing for black guys… Exotism I guess, there are literally no black dudes there. You just have to go to a club to realize that. Like a lot of countries in this area, they know how to party. Over there, they drink rakia. A hard liquor, flavord with aniseed. You drink it in a shot glass, and right after drinking the shot, you drink a glass of water.

By the way, if you go out in the night, of course you can go to a “regular” bar or club, but I suggest you to try a kafana, just for a change. It’s a mix between a bar, a club and a café, but they play 100% traditional Serbian music. All generations go to kafanas, you’ll see a 20 years old girl with a 55 years old woman. And everybody, with no exceptions, sing along. They know ALL the lyrics, of ALL the songs by heart. And if you’re black, you better believe me, you’ll be the attraction of the night. People will keep asking for a picture with you, and several girls will hit on you. Still good for the ego 🙂 Someone told me “The few black guys coming here in Belgrade go to hip hop clubs when they go out. It’s nice to see one in a kafana, listening to music from our country!” Think about it buddies! 😉

As I said, life is cheap there. I ate in a restaurant, starter, main dish, dessert and a beer for 1200 Serbian dinars (10 euros!). Taking the bus is cheap, hostels are cheap, I even took a taxi, it costs almost nothing… I don’t smoke, but one cigarette pack is like 300 serbian dinars (2.50 euros). Therefore a lot of people smoke and in Serbia, you can still smoke in bars and in clubs. Not good, your clothes reek of tobacco… 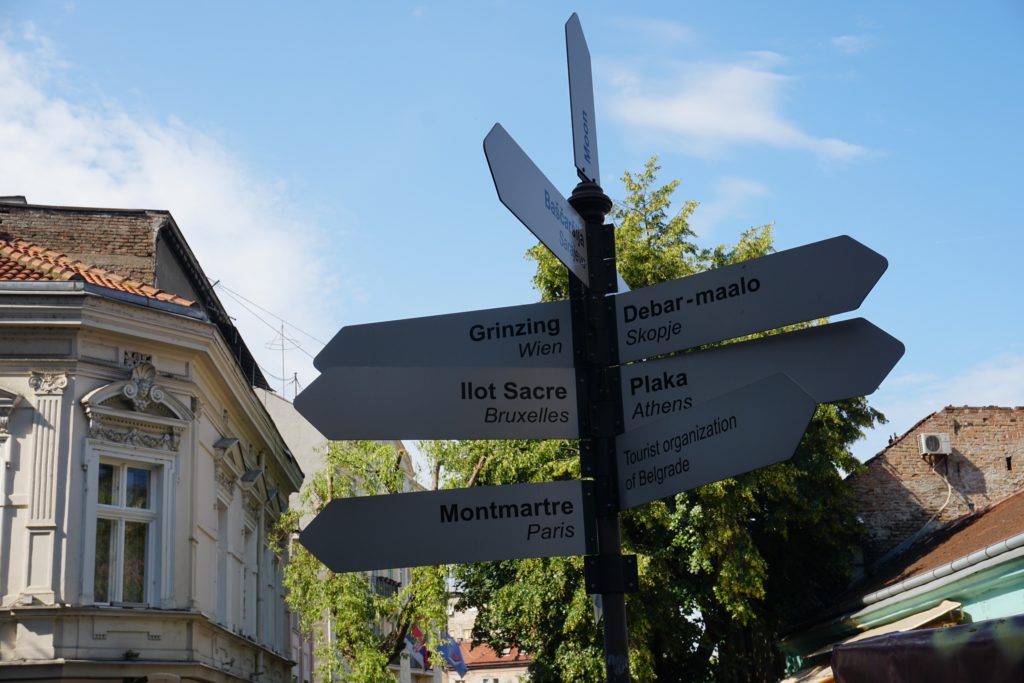 So… I keep writing but I didn’t even talk about the city. Belgrade is not a big megalopolis, and the city can be visited quite fast. One of the iconic places of Belgrade is the church of Saint Sava. This church is one of the biggest in the world. Actually it’s so big that it’s still under construction inside.

Another iconic place of the city is the Belgrade fortress, also called Wander Kalemegdan. This fortress is a monument of culture of exceptional importance in Serbia, and is part of cultural heritage of Belgrade. This fortress was built to protect the city from the Ottomans. They invaded it anyway, and used it to defend themselves, from the heights of the city. There’s a park around the fortress, it’s enjoyable to walk there in the evening summertime.

A little further in the city, there is the museum of Yugoslav history. I wanted to get in but they just open when they have exhibitions… It’s ok, there’s still the House of Flowers next to it. This is where rests Tito, Yugoslavia’s communist leader. It’s possible to see his grave, and his wife’s grave next to him. It’s also a mini museum, with lots of pictures of Tito’s life, presents he received, etc…

Belgrade, this is also the promenade over the Sava, enjoyable during the summer with lots of bars, Studentski, a pedestranised street with lots of shops or Strahinjica Baca and its terraces. It’s possible to visit the military museum (not my thing…) or the ethnographic museum (didn’t do it). Belgrade is a city where you can spend a few days. But I advise you not to say a whole week, it’s tool long! Three days are enough. 4-5 days like me, if you’re not in a hurry and you like to take your time.